The takeover of Ukraine government buildings turned bloody Sunday, as government forces sought to retake a building seized by pro-Russian militants in the eastern city of Sloviansk

Ukrainian security forces launched an operation in Slaviansk, with Kiev reporting dead on both sides as it combats what it calls an act of aggression by Moscow 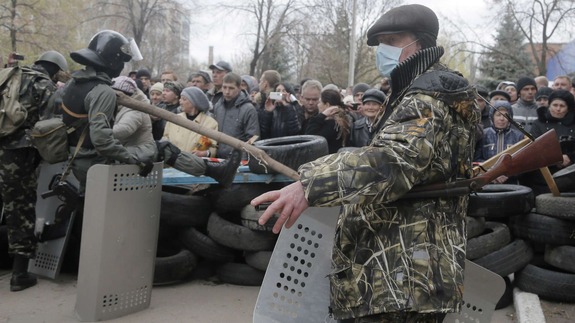 The crisis in Ukraine escalated Saturday, as pro-Russian masked gunmen seized a police station and a security services building in the city of Sloviansk, near the Russian border

Germans not keen to upset Russia

Why some Germans prefer to look east not west

Ukraine said it was suspending payments to Russia for deliveries of gas, ratcheting up the tension in a standoff that could leave EU states cut off from the Russian gas