We have to implement it, but we don’t have to respect it,? Turkish PM says on Twitter ruling 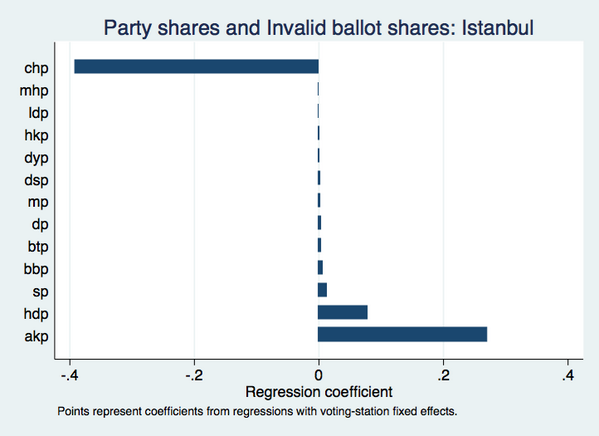 CHP vows to apply for cancellation of polls in Kağıthane

The CHP said they will apply for a cancellation of the local elections? results in Istanbul?s Kağıthane district, claiming the results were changed through fraud

Ratings agency Fitch cut its growth forecast for Turkey to 2.5 percent from 3.2 percent for 2014

Kurdish support to AKP in presidential elections should not be taken for granted: BDP

Kurdish support for the government?s candidate in August presidential elections should not be taken for granted, BDP deputy group head Pervin Buldan says

Scenarios for the Turkish presidency

As was expected, the debate for the presidential elections in Turkey started before the debates on March 30 local elections were even over

Turkey becomes the land of the paranoid

The security measures in the Foreign Ministry building will soon be increased to prevent espionage attempts, after the leak of a top security meeting

Turkey Turns Its Back on the E.U.

NYT > Turkey by By ALAN COWELL

After months of increasingly authoritarian rule by Prime Minister Recep Tayyip Erdogan, the E.U. portals seem more than ever to be closing on Turkey