Mustafa Koc, chairman of Turkey’s biggest company Koc Holding, on Sunday called on the government to calm financial markets worried about a corruption inquiry and denied he has sought to undermine Prime Minister Tayyip Erdogan. In a rare interview, Koc also told Hurriyet newspaper that in May 2013 he met with Fethullah Gulen, the U.S.-based Islamic cleric whom Erdogan has accused of

Conservative ethics based solely on sex

Turkish PM calls on Gülen to stop interfering with the country

PM Erdoğan has harshly criticized Fethullan Gülen, calling on him to stop causing a ruckus Turkey and return to his homeland. 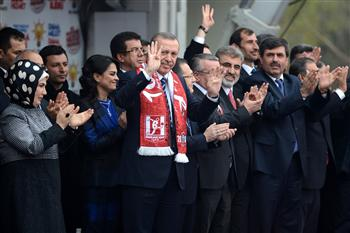 PM Erdoğan has said those who took to the streets in protest at corruptio allegations are ?atheists and terrorists?

Turkish MPs vote to close down private preparatory schools, many of which are run by a cleric embroiled in a bitter feud with the prime minister 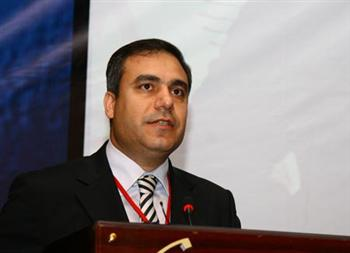 Intel bill postponed until after elections

The end of free justice in Turkey

If Dec. 17, 2013 was a turning point in Turkey?s political history, in which a massive corruption and graft operation engulfed Prime Minister Recep Tayyip Erdoğan

Who is who in the current war

Turkey?s political war is getting only more intense every week, as more ammunition is being fired by the warring sides

Turkey to shut schools in blow to PM rival

The government says the closure of the private schools is part of a larger reform of an “unhealthy” education system.

The Turkish Parliament has passed a bill to close down thousands of private schools, many of which are run by Muslim cleric Fethullah Gülen locked in a bitter feud with PM Erdoğan

Turkish Parliament finalized a heavy-scheduled plenary on Saturday and went to recess until the local polls following the adoption of ?democratization package

Turkey’s ruling AKP sees any vote higher than 38.8 at local polls as success

CHP ordered not to prefix the name of Erdoğan with either ‘Prime Minister’ or even ‘Mr.