EXCLUSIVE / The European Commission has told the United States to lift visa requirements on Poland, Romania, Bulgaria, Cyprus and Croatia, whose citizens still need an entry permit to travel to the country.

The citizens of most EU countries travel without visas to a list of foreign countries, listed in annex II of Council Regulation No 539/2001.

The Ukrainian crisis is important in itself, but Berlin?s direct challenge of Ukraine’s elected president is perhaps much more important. In challenging President Viktor Yanukovich, Berlin took on Russia, a reflection of Germany’s recent brazen foreign policy, write George Friedman and Marc Lanthemann.

George Friedman is the chairman of Stratfor and Marc Lanthemann is analyst at Stratfor, a consultancy firm on geopolitical and strategic affairs.

Since the end of World War II, Germany has pursued a relatively tame foreign policy. But over the past week, Berlin appeared to have acknowledged the need for a fairly dramatic change. German leaders, including the chancellor, the president, the foreign minister and the defence minister, have called for a new framework that contravenes the restraint Germany has practiced for so long. They want Germany to assume a greater international role by becoming more involved outside its borders politically and militarily.

The European Parliament sent a ?strong message? yesterday (5 February) in favour of an ambitious EU energy and climate policy for 2030, backing legally-binding goals for CO2 emissions, renewables and energy efficiency.

parliament voted for a 40% cut in CO2 emissions, a 30% share of the energy market for renewable energy and a 40% improvement in energy efficiency, all by 2030.

Interactive: Corruption in the EU

The European Commission describes corruption across 28 member bloc as ‘breathtaking’ in the first report of its kind.

In In Mistrust we Trust: Can Democracy Survive When We Don’t Trust Our Leaders?Ivan Krastev concentrates on why we live under conditions of ?democracy without the possibility of choice, meaningless sovereignty, and globalization without legitimacy?? How does he do? Here is the polemical foreword to the Polish edition.

What Romania can teach the western world

Unlike France, Italy or the Netherlands, the crisis of Romania?s elites has not led to a rise in xenophobic politics but to a digital revolution that challenges traditional assumptions about democratic change. Euro elections landscape, 2014.

Sweden will hold crucial national elections in September. Does that leave any political space for the European elections in May? Euro elections landscape, 2014. 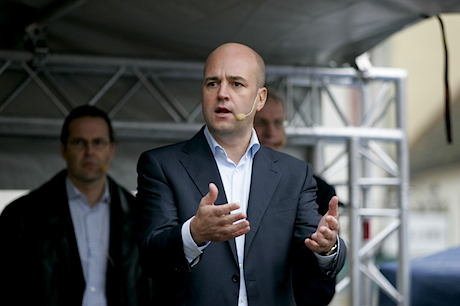 While EU member states are gearing up for elections to the European Parliament in May, Sweden also has another election to prepare. In September, Swedes will again head to the voting booths, this time to decide the country?s political direction for the coming four years. As such, 2014 has become known as a ?super election year?, a concept of almost mythical proportions.

Trade deals – is the mood turning?

Political sentiment on both sides of the Atlantic is turning against anti-democratic trade deals – but high geopolitical and financial stakes means we shouldn?t expect those pushing the deals to give in gracefully

All hail Angela Merkel ? No 10 goes all out for the Chancellor