Ukraine will draw on new law anti-protest law to use force against demonstrators in Kiev, Prime Minister Mykola Azarov said yesterday (21 January). Special ‘Berkut’ forces began their crackdown on Kyiv’s EuroMaidan square at 8 a.m., according to reports, with the first victim confirmed.

“If provocateurs do not stop, then the authorities will have no other choice but to use force under the legislation and protect our people,” Azarov said, speaking to the Russian TV channel “Vesti 24”. Azarov added that he hoped that common sense would prevail.

After the street fighting on the weekend, there were new clashes between government opponents and security forces on Monday. President Viktor Yanukovych and opposition leader Vitali Klitschko both warned against an escalation of the situation. Commentators call for the stricter anti-protest laws to be repealed, and urge the West to impose sanctions

Despite the valiant efforts of the motley opposition in Ukraine, the tame Ukrainian Parliament has passed a brutal law that slides the country into full-on dictatorship. Forbidden under the new law on penalty of high fines and imprisonment: driving cars in columns that are more than five vehicles long; setting up an unauthorized sound system; distribution of “extremist opinion”; “mass disruptions” (10-15 years imprisonment!); collecting information on police or judges; and more.

After being ousted from the parliament at the general elections last year, Germany’s liberal Free Democratic Party (FDP) has selected Alexander Graf Lambsdorff as its top candidate for the European elections, adopting a sober and Europe-friendly position, EurActiv Germany reports.

A big name is meant to pull the FDP out of a crisis. At the FDP convention in Bonn on Monday (20 January), 86.2% of the party’s delegates voted for MEP Alexander Graf to be the FDP’s top candidate in the upcoming European Parliament elections.

European Citizens Call for the Protection of Media Pluralism 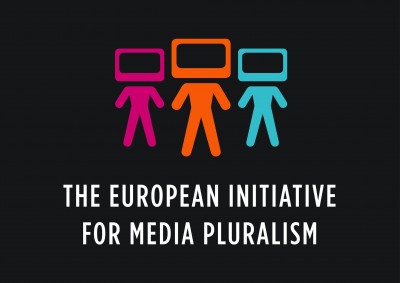 The European Commission decided yesterday (21 January) that it would be postponing negotiations on an investor-state dispute settlement mechanism in the context of the EU-US trade and investment partnership (TTIP), with a view to launching a public consultation.

?I know some people in Europe have genuine concerns about this part of the EU-US deal,? said EU Trade Commissioner Karel de Gucht, adding that the decision reflected the EU executive?s determination to secure the right balance between protecting European investment interests and upholding governments? right to regulate in the public interest

52% of Brits would vote to leave EU tomorrow

Sunday’s poll, carried out by Comres for the Independent on Sunday newspaper, also suggests the anti-EU and anti-immigration policies of the UK Independence Party (UKIP) remain popular even though Cameron has already deployed tougher rhetoric on both issues.

ECJ rules against the UK in landmark short-selling case

The ECJ this morning rejected all the UK?s claims against the EU’s short selling regulation. The result was surprising given that the Court’s Advocate General Niilo Jääskinen issued an opinion supporting the UK?s position last September ? court rulings often, but not always, follow these opinions.

EXCLUSIVE / The European Commission monitoring report on Bulgaria, which it will publish tomorrow (22 January), will be heavily critical, with the EU executive going so far as to say that the Bulgarian authorities broke confidence with its European partners over the appointment of a controversial media mogul as chief of the national security agency, EurActiv has learned.

The report under the Cooperation and Verification mechanism (CVM), seen by EurActiv, highlights a major scandal which has triggered street protests asking for the resignation of the government.

Serbia officially started its accession talks with the EU yesterday (21 January), but the path to membership is lined with obstacles as the country faces new procedural rules and its relations with Kosovo remain an outstanding issue.

?Serbia will be the next member state of the European Union,? Ivica Da?i?, the prime minister of Serbia, confidently concluded his address to the press, after having officially launched accession negotiations for his country with the EU.

As is now common in France, the biggest shock in the Euro elections will come from the far-right Front National, emboldened by a change in perception towards the party from many French voters. Euro elections landscape, 2014.

Election time: How to improve debates on Europe

It?s just five months until the next European Parliament elections. As with every European Election, both eurosceptics and europhiles face a key difficulty: getting people to vote. Both sides will stress how much, for better or for worse, Brussels matters in the life of European citizens. Over the coming months, we?re likely to hear politicians claim that ?80% of our legislation is decided in Brussels?. Although numerous articles and think tank reports have thoroughly debunked this figure, the myth endures. It endures because it?s easy and simple to use. The widespread use of this figure matters as it frames the debate on European governance between national sovereignty and subsidiarity versus integrated European decision-making power. We argue that this frame is unhelpful, as it shapes the debate along whether the EU should or shouldn?t be instead of discussion what it should or shouldn?t do. We suggest that the 2014 European elections should be about debating different policy alternatives ? and letting go of the wholesale 80% figure.

The EU executive is staking every last bit of political capital on a 2030 energy policy gamble that could cost us the earth, argues Brook Riley.

Brook Riley is the campaigner for Friends of the Earth, an environmental pressure group.

You might not picture European Commission President José Manuel Barroso as a gambler, but on climate change he’s the most reckless of them all.

Bulgaria admitted yesterday (20 January) that its accession to the EU’s borderless Schengen area was likely to take place in 2017, one year before the country is expected to take over the rotating EU Council presidency.

Foreign affairs minister Kristian Vigenin said he expected the decision concerning Bulgaria’s bid to be taken in the course of 2014.

Asked by EurActiv to elaborate, Vigenin explained that under the scenario, air borders would be opened in 2015, with land borders opening in 2017, when Bulgaria becomes a full member of the Schengen area

The European elections in May, 2014

How to make European elections coverage less boring than usual? Here is openDemocracy’s Can Europe make it? take.

These elections may be more interesting than usual for our European and global readers alike, given polarizations more dramatic across the continent than there have been for decades. The EU, originally billed as offering a new model to replace the chaos of the Westphalian system, is itself in chaos. Instead of burdensharing or offering joint multilateral efforts to mitigate severe financial, economic and social pain, EU governments have introduced various methods of punishment under the auspices of ‘austerity measures

While political parties in France show little interest for European matters, French MEPs usually show a good level of parliamentary activity, according to the Robert Schuman Foundation, an EU think-tank.

A new agenda for a Smarter Europe

2014 is the year in which the EU must speed up its effort towards building a Smarter Europe and the Greek presidency work on the mid-term review of the ?Digital Agenda for Europe? will offer a unique opportunity to set an ambitious vision for the future, writes Luigi Gambardella.

IP traffic is booming at an unprecedented pace, and it is expected to grow even more over the coming years. In 2017, it will reach 1.4 zettabytes per year, according to Cisco’s figures.This means, for example, that the gigabyte equivalent of all movies ever made will cross Western Europe’s backbone IP networks every 21 minutes.

EU ministers to back sending forces to Central African Republic

The intervention by the 28-nation bloc comes after a senior UN official warned on Thursday of the risk of genocide in Central African Republic without a more robust international response to communal bloodshed.

In an EU election year, the current polutics of France is always an important factor in predicting the futre makeup of the European Parliament. Not only is France one of the largest countries, so with one of the largest delegations of MEPs (meaning its politicians quite often can dominate, or at least strongly influence, the two big political groups, the PES on the left and EPP on the right) but it also has always has a special place in the EU?s makeup