Buses, planes, Bulgarians, Romanians and The Daily Mail: An Update

The Daily Mail: Buses and Planes – full or not?

On 31 December 2013 the UK?s Daily Mail published a story claiming that buses and planes to the UK from Bulgaria and Romania were sold-out, fully-booked, and single plane tickets were selling for up to £3,000 each. The story carried the bold headline:

One of the criticisms that still gets leveled at the EU is that the Common Market is a rich kids club, and that the Common Agrigultural Policy and free movement of goods and services within the EU puts non-EU (and especially poorer / developing countries) at a disadvantage.

The European Parliament’s LIBE Committee’s Inquiry into the Electronic Mass Surveillance of European Citizens is not due to be published in March, and the Committee has voted to question the whistle-blower Edward Snowden via video-link. However The Guardian hasseen a draft of the report in which the Inquiry says the actions of the NSA and the UK’s GCHQ “appear illegal”.

The Greek government launched its European Council presidency on Wednesday with a hopeful message. The country will leave the recession that has plagued it for six years behind in 2014, Prime Minister Antonis Samaras said at the official ceremony in Athens. Commentators, however, remain concerned about Greece’s future in view of record unemployment and the rise of radical political forces

Not all EU heads of state and government mentioned the European Union in their yearend messages, but a lot of them did. The EurActiv network brings you an overview.

The tradition of Christmas or New Year messages varies in EU countries. In most, it is the head of state who delivers the message, most frequently on New Year?s eve.

What Bulgaria expects for itself and the European Union in 2014

As populists gather more and more support in several EU countries, the responsibility of politicians is to limit those trends and establish a truly European debate ahead of the European elections, writes Kristian Vigenin in an exclusive op-ed he contributed to EurActiv.

Kristian Vigenin is the foreign minister of Bulgaria. He was appointed in May 2013 and was before that a member of the European Parliament for the group of the Socialists and Democrats.

The German government established a new committee yesterday (8 January) to investigate the effects of immigration on the Federal Republic. The resolution came amid rising conflict within the ruling coalition over so-called  “poverty immigration” from Bulgaria and Romania and complaints from overburdened cities. EurActiv.de reports.

In its first meeting on Wednesday (8 January), Merkel’s new cabinet has established a committee to investigate immigration and the effects of freedom of movement in Germany. According to government spokesman Steffen Seibert, the group will root out possibilities for abuse in Germany’s social welfare system.

The German Minister of Agriculture paid a visit to his French counterpart in Paris yesterday (7 January) in a show of unity between the two sides. But divisions remain deep on social dumping, an issue that is expected to become hotter in France as the EU elections approach. EurActiv.fr reports.

Gender? Is The New Enemy of the Polish Church 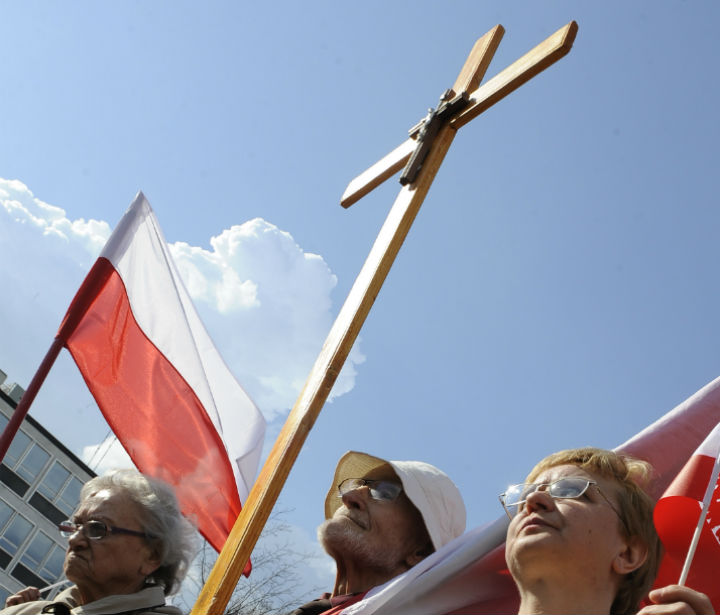 The Polish Catholic church is on a mission — a mission to destroy its new enemy: “gender ideology.”

Good news from the financial markets has triggered a burst of optimism in the Eurozone:Ireland made a successful comeback to the capital markets on Tuesday and the yields on Greek, Italian and Spanish bonds have dropped. Meanwhile commentators warn that unemployment remains at a record level in Europe and that the public debt crisis is far from over.

Ukraine’s three main opposition leaders agree that the only way to achieve their goal of anchoring Ukraine to the EU is a common victory at the 2015 presidential election, but there are strong divides over election tactics.

Vitali Klitschko, leader of the opposition UDAR party, threw down the gauntlet when he said the opposition would only stand a chance of winning the elections if it presented a single candidate in the first round, to be held on 26 February 2015.

The leader of France’s far right National Front, which is expected to score well in upcoming European polls, pledged Thursday to do all in her power to facilitate the collapse of the EU.

A reflection on Czech Euroscepticism before the EU elections

Euroscepticism seems to be a constant in the Czech political landscape. How will this reluctance toward the EU affect the upcoming European elections?

Strained by a long-lasting economic crisis, Greece aims to use its presidency of the EU to regain European partners? trust and credibility, as the country is slowly creeping along the path to recovery.

In a city blocked by police and security forces, the Greek government readied itself today (8 January) to launch its fifth presidency of the EU at an official ceremony in the Athens Concert Hall, in the presence of the college of EU commissioners.

Polish Prime Minister Donald Tusk has criticised the UK’s approach to dealing with Eastern European labour migrants. He announced that he would make a telephone call to his counterpart David Cameron to speak about the matter today, Wednesday. According to some commentators Cameron is using populist slogans to divert attention from domestic problems. Others stress that the British are genuinely concerned about the country’s economic difficulties

One of the big outcomes (supposedly!) from this years European Parliament Elections will be the nominated by the winning European Parliament Grouping in the Elections. While some believe this will lead to deadlock and confrontation, other believe it is the start of a truly democratic European Union.

So who are the European Parties nominating?

The European Commission has rejected a German plan to introduce road tolls that would provide discounts for German drivers, resulting in higher costs for foreigners. German conservatives insist that such a plan is “fair”.

Under the coalition agreement of the new cabinet of Angela Merkel, Germany is to introduce for the first time a road tax for cars through vignettes. But the form it will take is still unclear.

Promoting European construction on the basis of clear alternatives

The European elections on 22 to 25 May 2014 are an event whose importance is in strict proportion to the multifaceted crisis currently affecting the construction of Europe. This great democratic rendezvous must prompt us to address three complementary political challenges, write Jacques Delors, António Vitorino and others.

This opinion is based on the final declaration of the Notre Europe-Jacques Delors Institute’s steering committee, from the end of November 2013. The full list of signatories can be found below.