Lawrence of Arabia as anthropologist

To be honest, I was surprised how much attention Peter O?Toole?s recent passing received. We all knew he was famous, but we also learned this week how deeply he was loved. Many people loved him because he had that one thing that is so hard to find in the entertainment industry today: charisma. But anthropologists loved him for something else: Lawrence of Arabia. Lawrence of Arabia is central to anthropology, and ought to be more even more central than it is. It is about fieldwork, intimacy, impersonation, and colonialism. It puts on display the complexity, ambivalence, and often ugliness that comes with anthropological fieldwork

Anthropology, Empathy and the Other Regarding Emotions

In the last few weeks, social work scholar turned pop-psychology web superstar BrenéBrown came out with a short animated video summarizing much of her writing on empathy. It opens by drawing a distinction between empathy and sympathy.

Years ago, in a graduate class, I challenged my students to try to imagine what the first words might have been as our first tribes dealt with the evolution of language. “Ma” was frequent, even “Da”. “Uh Uh”, said a friend. The first word was “Run

The description of a Neanderthal hyoid from Kebara Cave (Israel) in 1989 fuelled scientific debate on the evolution of speech and complex language. Gross anatomy of the Kebara 2 hyoid differs little from that of modern humans. However, whether Homo neanderthalensis could use speech or complex language remains controversial.

Sex and the Siberian Neanderthal: Incest and inter-species action

The first anthropologists relied on skull shapes and bone lengths of fossils to identify ancestors in the hominin family tree. Recently though, geneticists have bulked up their toolset, and have identified new species from material taken from mere …

50 shades of caves: Neanderthals were swingers

Media at the AAAs: Toward Greater Accessibility

[This is an invited post by Lavanya Murali Proctor. Lavanya is a linguistic and cultural anthropologist who believes that the academic class system is incompatible with the principles and ethics of anthropology, and therefore we can?and should?be at the frontlines of this battle. She lives online at @anthrocharya].

Many contingent faculty have noted that the AAAs are very expensive, and therefore exclude those who cannot afford to go?a fairly large number of anthropologists. At the Chicago meetings, I spoke to a few members of the AAA governance on this issue. They said that the AAA aims to increase accessibility broadly defined. This is no bad thing considering the meetings are inaccessible in a variety of ways to a variety of people, which problems anthropologists rehash every year (for example, unaffordable to adjuncts or hard to navigate for anthropologists with disabilities). The focus, in increasing accessibility, is on media and technology.

Whither the Future of Anthropology in Education?

All of which made the College the logical venue, in mid-October, for a two-day conference titled ?The Future of Anthropology and Education? ? a future that currently seems very much in question. ?Anthropology is disappearing as a focus in many

While everyone I talked to through throughout my college career had at least a vague understanding of what history is and what being an historian entails, most had no idea what anthropology is. So what exactly isanthropology? Some people reading this

Joe Awe is a Belizean activist, entrepreneur, anthropologist, mayanist, tourism lecturer at a local junior college, and also one of Belize’s top tour guides. I met with him over coffee last week to talk about the future of Belize and I insisted that he 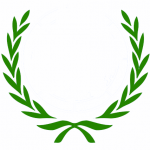