Washington says high tension over graft probe will have ‘consequences’

The United States does not want to increase the tension over the latest statements by Prime Minister Erdoğan?s implication

The End of the Turkish Model? Erdogan?s Paranoia and Authoritarian Streak Threaten his Legacy

Cases such as Ergenekon and Sledgehammer targeted former and active high-level military officers as well as other anti-AKP establishments such as media and non-governmental organisations over plans to overthrow the government. The cases are seen

Growing Mistrust Between U.S. and Turkey Is Played Out in Public

After several years of close ties, the United States and Turkey find themselves at odds on a number of issues

The ongoing bribery investigation in Turkey has revealed the fact that the unknowns about the ?Iran-Halkbank-gold? triangle

Turkey will pay for Erdoğan?s ambitions

?When the police started to find out weapons in Poyrazkoy [linked to theErgenekon inquiry] there were talks that this operation was conducted by a branch in the Security Directorate close to the Fethullah Gulen movement. The government, however, then 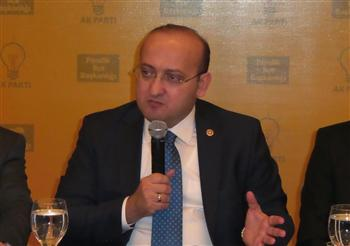