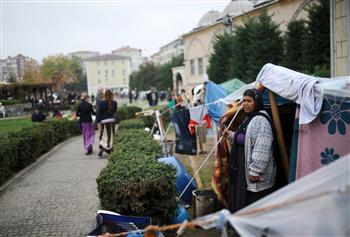 Posted 25th November by Emre Kızılkaya. Sidebar. Home. Another Book On Istanbul Well Worth Reading. 5 Questions & Answers About The Rift in AKP 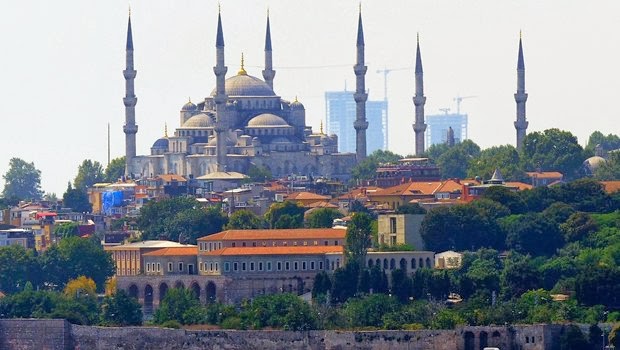 The 4th Administrative Court in Istanbul has ordered a Turkish company to “shave off” the floors of some of its skyscrapers that spoil the historic silhouette of the city.

(ANSAmed) – ISTANBUL, DECEMBER 3 – The top floors of the three massive skyscrapers spoilingIstanbul’s historic silhouette should be trimmed, an Istanbul

Baklava and other Turkish delightsIndependent Online

In the Old City, the tale of Istanbul’s rich history is told through the monuments, mosques, palaces and basilicas. The mesmerising architecture, artefacts and

Syrian refugees in Istanbul sent from pillar to postAl-Monitor

ISTANBUL ? I was at the cashier of our local grocery store, chatting with another customer as I waited for my change. Suddenly, a small hand at the end of a thin

What did you cook last time you had no time or little energy left to put together a proper meal? Did you dry an egg? Did you inspect the fridge in the hope

Istanbul’s Old City is centred around the area called Sultanahmet, a small peninsula … It’s where all the most famous sights of Istanbul are located so not

The fifth Istanbul Literature Festival opened yesterday at the Sultanahmet Kızlarağası Madrasah for a week of activities that will include appearances by 100 poets, writers and academics.

From The Bay Area To The Bosporus: Getting To Know The Istanbul …Forbes

Ortak?y Mosque and the Bosphorus Bridge A veteran of the Bay Area startup scene relocates to Istanbul and reports back on the pluses and minuses of working

The Monastery of Stoudios in Istanbul will be converted into a mosque. DAILY NEWS photo, Emrah GÜREL. Vercihan Ziflioğlu vercihan.ziflioglu@hurriyet.com.tr.

Istanbul, It’s a Great Place to Linger – That BackpackerAudrey

For the past two months I used Istanbul as my little jump off point for trips to Bulgaria, Israel and Jordan, accumulating as many as 6 stamps in and out of the

5 free things to do in Istanbulgulfnews.com