EU to move on easing sanctions after historic Iran deal

bbc.co.uk ? 11/23/13 ? Iran and six world powers meeting in Geneva have reached a deal on Tehran’s nuclear programme, foreign ministers say. No details have been released about the agreement, which has been reached after five days of negotiations. Negotiators from the

Turkey?s willingness to maintain strong relations with the Iraqi central government in Baghdad will be best reflected this week in two key visits

Is the White House so Scared of Turkey That it Won’t Even Hang a Rug? 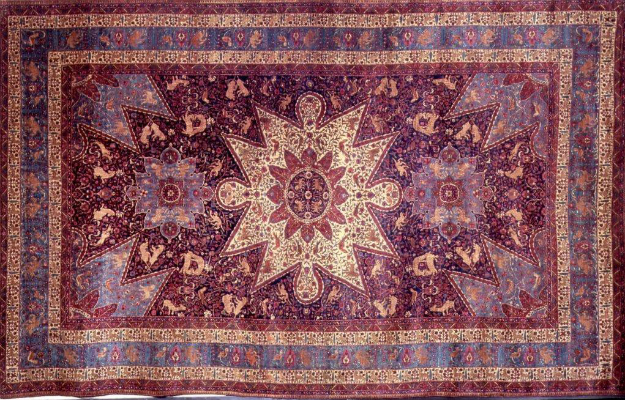 In 1926, Vartoohi Galezian — a 15-year-old refugee from the genocide in Armenia — arrived at the White House to pay a visit to President Calvin Coolidge. She had come to view the rug she and 1,400 other orphans living in Ghazir — then part of mandate Syria, now in Lebanon — had woven as a gift to the United States in thanks for the humanitarian assistance provided to the refugees of the ethnic cleansing of Armenians during World War I. In June 1995, the Ghazir rug, a huge, beautiful work exemplary of the Middle East’s legendary weaving traditions, was shown once more to Galezian and her family, but it’s now been more than 17 years since the White House has displayed what has come to be known as the Armenian orphan rug. Now it is unclear when the rug will ever be shown again.

If by any chance a rogue group gets hold of CW ? even from an entirely different source ? and uses them, we will be back to the prospect of missile strikes again. Knowing that to be the case, some rogue groups may well set out to provoke just that.

P5+1 countries and Iranian foreign ministers might have announced in Geneva yesterday that they reached an agreement on control over Iran?s nuclear program, but the most important story regarding the Middle East will probably be something else.

Turkey, the West and the rest

I have never been an enthusiastic supporter of Turkey?s EU membership due to various reasons, but if I knew that we would one day end up striving to join the Shanghai Cooperation Organisation (SCO), I would have changed my mind.

Center for Strategic and International Studies (CSIS) Nov 12, 2013 By Samuel J. Brannen * This report is the culmination of a two-year project examining the complex relations among Turkey, Russia, and Iran in an effort to better understand these countries? perceptions in the post?Cold War world and the conditions and interests that cause international

The New York Times (USA) Friday, November 22, 2013, p. A 10 By Tim Arango, Ankara (Turkey) As Egypt?s Islamist demonstrators faced an imminent confrontation with security forces in Cairo last summer, the advice they received from Turkish officials was adamant: Stand your ground. For Turkey, the counsel was as much about supporting its Islamist

Turkey’s ambitions to become a regional leader with a “zero problems” foreign policy have been left in tatters by the Syrian civil war, rising sectarian tensions and a fresh diplomatic fallout with Egypt. The predominantly Sunni Muslim NATO member state is now seeking to mend fences with Shiite powers Iraq and Iran to restore its waning clout in the Middle East in the wake of the Arab spring