The tension recently peaked, with Erdoğan describing the group?s objection to his government?s plans as a ?smear campaign? 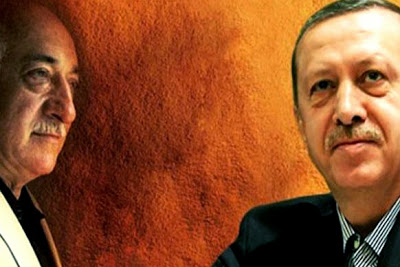 Despite all the signals to the contrary, senior executives of the ruling Justice and Development Party said they will not allow for conflict

I chose not to write about the row between Islamic cleric Fetullah Gülen?s movement and Prime Minister Recep Tayyip Erdoğan over the latter?s desire to shut down prep schools for university entrance exams, one quarter of which are close to the Gülen movement.

Who to occupy which seat of AKP?

Prime Minister Recep Tayyip Erdoğan is expected to announce in the coming days the names that will run for office in the local elections; after that, he will reshuffle the Cabinet.

MHP denies alliance with other parties

No CHP-HDP alliance for Istanbul mayoralty on the agenda in the upcoming local elections, a senior main opposition official told HDN denying speculations

‘I see ourselves as people who have been cheated with the promise of marriage,’ Haşim Kılıç said

Rifts have emerged within prime minister?s Islamist-rooted AKP party over his call to make it illegal for male and female students to live together