Prime Minister Recep Tayyip Erdoğan?s vow to crack down on mixed-gender student accommodation has created a reaction from his own party. DHA photo

A Swedish journalist protests Erdoğan who is in his Scandinavia tour…

Meeting with EU?s Stefan Füle Nov 8, Turkish officials assured the EU that the government will find a ?balanced solution?

The recent pressure on university students by the government amounts to a ?criminalization? of students, CHP head says

Recep Tayyip Erdogan, who had tempered his often divisive public comments after protests a few months ago, stirs anger by attacking a new target: coed dormitories.

The Erdoğan Doctrine: I am conservative, so I can intervene

Turkish university students in probe to be barred

Students will be suspended from the university during a legal probe, according to new regulations

The Turkish authorities have started erecting a wall on the frontier with Syria in what is being seen as an attempt to divide the Kurdish majority populations on both sides of the border, prompting protests and hunger strikes, and jeopardising peace talks. 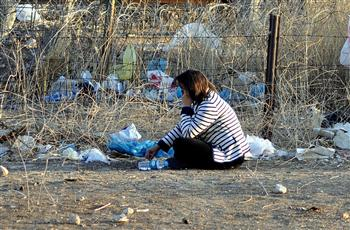 While a prosecutor has stopped to investigate further the investigation regarding the erasing of surveillance footage in Ali Ismail Korkmaz case, another investigation on expert and suspect policeman is underway

Çağdaş Küçükbattal, a Gezi Resistance protestor who lost his eye due to a gas bomb canister, was put under house arrest.

Turkey?s lira weakened and was expected to remain volatile today

A cargo truck full of bazookas, missiles, bombs and guns has been seized in southern province of Adana