The Turkish president, Abdullah Gul, has again hinted he is prepared to challenge the country’s authoritarian prime minister, Recep Tayyip Erdogan, in presidential elections next summer that could decide the increasingly vexed question of who runs Turkey.

Prime Minister Recep Tayyip Erdoğan seeks to counter accusations of polarization, in a speech emphasizing that ?every criticism has a unique value? 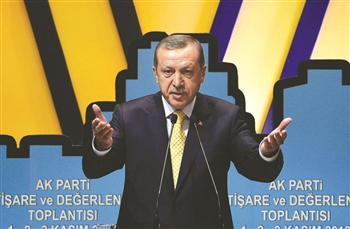 As expected, Mustafa Sarıgül‘s long awaited return to CHP ahead of the coming March 2014 local elections has been made official, after today’s vote by the party’s assembly

The ruling AKP party?s Bursa deputy Canan Candemir became the fifth female lawmaker to announce her decision to attend the Parliament while headscarved

Turkey is going through a period of normalization: PM Erdoğan

Turkey is going through a period of normalization after the ruling AKP’s latest set of reform packages, PM Erdoğan said, while dismissing allegations that society was becoming more polarized