When Marmaray breaks down people begin to walk under the Bosphorus. Authorities explain that these breakdowns are either due to power problems or citizens’ mishandling of the emergency breaks…

Walking in Istanbul a form of time travelStarPhoenix

ISTANBUL, Turkey ? Last summer, Istanbul’s Taksim Square was the scene of confrontations between police and protesters. But protests have faded, and

I am in Istanbul now, the transcontinental city that connects the East with the West. Straddling the Bosphorus river and home to the whirling dervishes, the city

Architizer – The Istanbul Protests And The Future Of Public SpaceAj Artemel

Today, 100000 protesters pack into Taksim Square in Istanbul for the fourth day running as police, both uniformed and in plain clothes, fire tear gas in their faces 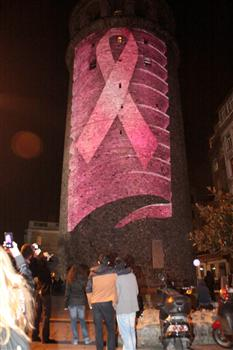 Galata tower was lit pink as part of the events marking breast cancer awareness month. Messages with the hashtag #GalataPembeOluyor will help you to donate for the cause

The government’s bulldozing of a small Istanbul park in May in preparation for high-rise construction incited massive protests and a brutal police crackdown.

Turkey‘s new underground rail network harnessed cutting-edge engineering technology to connect Europe and Asia under the waters of Istanbul. But the project

5 Free Things to Do in IstanbulABC News

MY visit to Turkey in the late eighties coincided with the country’s general elections to choose a new ruling party and prime minister. Turgot Ozal’s new

Turkey can be roughly divided in two: Istanbul and the rest of the country.Istanbul is the role model for all Turkey. Turkey emulates Istanbul. It doesn’t matter

Istanbul is a thoroughly modern place, but it traces its roots back to 660 B.C. It’s the former seat of the opulent Byzantine and Ottoman empires and is divided into

ISTANBUL, Turkey ? Inside the Cagaloglu Hamami, my masseuse, a short, paunchy woman of about 50, sings as she exfoliates me from head to toe with a