Privacy:?This week, the European Parliament voted to immediately suspend the sharing of European financial tracking data with the United States in a 280-254 decision, as well as calling for criminal investigations of the NSA. This follows in the footsteps of mass surveillance revelations that the NSA has illegally hacked into the SWIFT financial data. This appears to be yet another public wake-up and backlash against the secretive wiretapping industry.

The US’s National Security Agency has not only been keeping tabs on Angela Merkel but also on 35 leading politicians from around the world, according to The Guardian. France and Germany are to clear up the spying scandal with the US, the EU leaders resolved in Brussels on Thursday. Europe must suspend negotiations on a free trade agreement, some commentators urge. Others don’t believe the EU would put its business interests on the line.

NSA boss James Clapper has officially responded to the allegations that the agency intercepted 70,000,000 French phone calls with a narrowly worded, misleading denial. Tim Cushing at Techdirt does us the kremlinological service of finely parsing the NSA word-game and showing us what Clapper doesn’t deny: 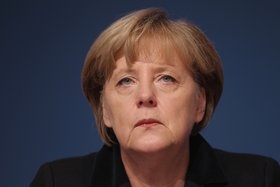 Top news: Angela Merkel on Thursdayblasted the Obama administration for undermining the trust between the United States and Germany, following revelations that the National Security Agency may have tapped into the German chancellor’s private cellphone communications. “We need trust among allies and partners,” Merkel told reporters at a European summit in Brussels. “Such trust now has to be built anew. This is what we have to think about.” Germany also launched a legal investigation into the alleged snooping and summoned the U.S. ambassador in Berlin.

The mayor of the Italian island of Lampedusa warned European leaders gathered Oct. 24 in a summit that they need an urgent rethink on immigration

Cultural contribution of Turkish, Vietnamese and Mozambican immigrants of 1970s and 1980s remembered in revivial

The song Deutsche Freunde (German Friends) by Ozan Ata Canani starts with a furious riff on the electric saz, a traditional Turkish string instrument. Its refrain, sung in German, is a quote by the Swiss writer Max Frisch, summing up the ambivalence with which German-speaking countries met “guest workers” from Southern Europe: “We asked for workers. We got human beings instead”.

How NSA-proof is your VPN?

In an excellent Torrentfreak feature, representatives from several prominent privacy-oriented VPN provider explain whether, and to what extent, their services are safe from NSA spying. They cover the state of crypto, the structure of their companies, and the jurisdictional and legal questions they’ve resolved since the news broke that Lavabit shut down because it was ordered to redesign its service to make snooping possible.

Governance and the EU?s Democratic Deficit

Governance is one of the buzzwords that politicians, scholars and civil society use to define a unique blend of relationships that make the EU such a distinctive construction in terms of functions and representation. Traditional governments are not capable anymore to capture the dynamic of  inter-governmental agreements and supranational decision-making processes having a direct impact on our lives.