Freedom of the Press Foundation Launches SecureDrop, an Open-Source Submission Platform for Whistleblowers

Freedom of the Press Foundation has taken charge of the DeadDrop project, an open-source whistleblower submission system originally coded by the late transparency advocate Aaron Swartz. In the coming months, the Foundation will also provide on-site installationand technical support to news organizations that wish to run the system, which has been renamed ?SecureDrop.?
Twitter?s changing its direct messaging policy, some journalists are ready to take advantage

Twitter is changing an old policy that meant that you could only be DM?d by ? that is, you could only receive a direct message from ? users that you follow. (So if I follow John Doe, John Doe can DM me ? but if John Doe follows me and I don?t return the favor, he can?t.) This has led to all sorts of confusion among Twitter users and endless plaints to ?please follow me so I can DM you.?

Women in journalism: not a trivial subject

The biggest newspapers in the United States, Britain and Europe still reserve pages of the most serious political and foreign policy analysis for older white men.

Like some of you already know, YouTUBE blocked #opMaryville video ( https://www.youtube.com/watch?v=vFCrZSPw7Uc) on my channel. At 4am (London time) YouTUBE informed me via my channel that the video itself violates the Community Guidelines. Come on YouTUBE, tell me which guideline exactly?

On Sunday morning, the Kansas City Star published a horrific account of the rape and subsequent harassment of 14-year-old Daisy Coleman and her family. By early Monday morning, the hacktivist groupAnonymous had taken up the cause on the Coleman’s .

What Can Anonymous Accomplish in Maryville?
Slate Magazine (blog)
As soon as the Kansas City Star published a chilling report of another small town with a football player accused of rape who isn’t being prosecuted, it became inevitable that Anonymous, an Internet collective that prides itself on vigilante justice

Are ‘Anonymous‘ Hackers Turning Their Attention to Rape Culture?
ColorLines magazine
On Monday the hackers known as ?Anonymous? released a video statement detailing elements of the case, demanding an investigation, and threatening local Mayor Jim Fall with action. They also launched a social media campaign via Twitter using the .

How Quantum Computers and Machine Learning Will Revolutionize Big Data

Big data is overwhelming nearly every field of science. But in order to handle it, we will also need to make advancements in how we process this data deluge. As computers approach the limits of Moore’s Law, what new algorithms and hardware will be available to better crunch these numbers?

Wearable Tech Toys Will Grow Up to Change Everything 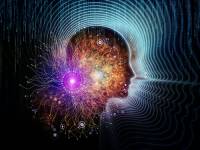 ?Wearable? Tech Toys Will Grow Up to Change Everything (via slashdot)

Sales of tablets and other small form-factors are already bleeding the life out of the market for traditional PCs, as well as flooding the enterprise through wide-open BYOD programs. Now wearable computers threaten to break out from the margins of the

The online activist group Anonymous said on Tuesday it would launch a “Twitter storm” and stage a rally in a Missouri town to protest the dropping of sex charges against two ex-high school football players in an incident involving a 14-year-old girl.

Stallman on making technology compatible with a free society

Writing in Wired, Richard Stallman — founder of the Free Software Foundation, which puts the GNU in GNU/Linux — writes about the relationship between software freedom and a free society. Proprietary software — opaque to its users, liable to subversion for the purposes of governments and corporations — is incompatible with a free, democratic society. The temptation to collect data, and, once collect it, to abuse it, is irresistible for the fallible humans who make up the state. Systems have to be designed to keep their users free and private — there is no way to make people secure unless their tools are secure, too. Stallman sets out the various forms of surveillance and control, from no-fly lists to web-tracking, and proposes ways to make them safe for a free society.

The length of the messages we send on Twitter is getting shorter, raising important questions about how the social messaging service is changing the way we communicate, say researchers