The French multinational company Cap Gemini warned in their European Observatory of Energy Markets that energy security in Europe was under threat and that the region could soon be exposed to massive power outages during the winter, due to a lack of production capacity. They blame wind turbines.

UK manufacturers want to stay in the EU

Eight out of 10 British manufacturers would choose to stay in the European Union if a referendum on membership of the 28-nation bloc were held today, says a survey released today (14 October).

The poll, for the EEF, the manufacturing sector’s biggest trade body, found that 85% of those asked would choose to stay in the EU, if given a say in a referendum.

Having public candidates for the Commission presidency during the next EU elections is not the panacea for Europe?s credibility woes, says European Council President Herman Van Rompuy.

While European parties look for figureheads for their EU election campaigns, the president of the European Council feels this will not resolve Europe?s democratic deficit.

The Myth of German Euroskepticism

According to conventional wisdom, the eurozone crisis has reduced citizens? trust in the EU and in European institutions in general across all member states, with several recent reports claiming that the German public, in particular, has turned its back on Europe. But the conventional wisdom is simply wrong.

Contemporary Islam in Europe, its modes of public expression and the visibility of associated religious signs and symbols are all much discussed in the European public sphere. But, writes Nilüfer Göle, religious agency itself remains a blind spot in the current debate. [English version added] 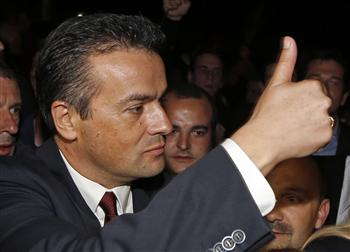 Blow came despite calls from President François Hollande?s Socialist party for its supporters and other leftist voters to rally behind a rival candidate

The Norwegian shift to the right: 10 short lessons on The Progress Party

Norway seems to have taken a sharp turn to the right, and some have warned of right-wing extremism in a bastion of social democracy. A ten-step guide to understanding The Progress Party.

A Czech election with consequences

With a number of new parties seeking to win seats and an anticipated victory of the left, the upcoming parliamentary elections in the Czech Republic might lead to the biggest change in the country’s political map since the 1989 revolution.

The best way to pass the difficult reforms that many EU countries need is to install a grand coalition such as the one that helped save Italy from economic disaster, former Italian Prime Minister Mario Monti said at a public event on Friday (11 October).

Monti said the biggest problem facing European democracy was what he called ?short-termism?, the fact that politicians were focused on their performance at the next election rather than on finding solutions to their country’s or society’s problems.