I wish Mr. Crowe was in town right now… He would miss the traffic:) 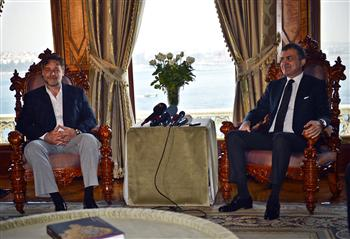 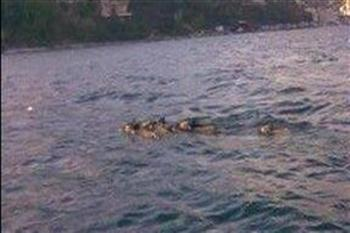 A herd of pigs were seen in the evening of Oct.10 swimming across the Bosphorus by the locals of the Rumeli Kavağı neighborhood

Istanbul?s notorious traffic reached new proportions of chaos over the weekend?s rush hours as the nine-day-long Feast of the Sacrifice holiday began

Canadian Jennifer Gaudet is the owner of three handicraft shops in Istanbul and a resident of the historic Sultanahmet district on the European side of the city.

In Istanbul, Making the Case for a Slow Fish MovementCulinary Backstreets

Situated on a geographically blessed spot where the waters of the Black Sea and the Sea of Marmara meet, Istanbul has long been associated with fishing and,

Called ?Mom, am I Barbarian?? this year’s Istanbul Biennial is a particularly interesting one in light of the protests that was sparked again last month. Open free of

Istanbul and the Intellectual Legacy of Ibn KhaldunHuffington Post (blog)

The rise in prosperity and self-confidence, coupled with the growing self-awareness of Turkey as an Islamic nation, is leading to many interesting developments.

Istanbul’s forgotten dogs struggle for survival Deutsche Welle When Turkey’s government proposed a law that would round up city animals and put them in forests on the outskirts last year, activists protested and the