Is Turkish intelligence or PM Erdoğan in question?

An article published by The Wall Street Journal on Oct. 9 about Turkey?s Intelligence Chief
Turkish PM?s support of Obamacare or deep-running friction with the US
Facing a Republican-led impasse and a partial government 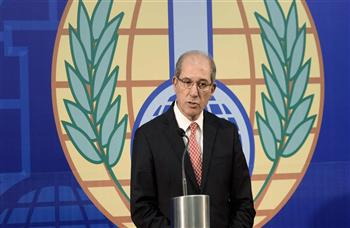 These days in the small courtyard at the Pir Sultan Cemevi, a house of worship in Istanbul, a few women sit on benches, men stand around chatting and sipping tea, while children haggle over donated toys.

Turkey, the Syrian Refugee Crisis and the Changing Dynamics of Transit Migration

IEMed Mediterranean Yearbook 2013, pages 278-281 European Institute of the Mediterranean Franck Düvell * Turkey is virtually surrounded by troubled neighbours: the volatile regions of the Balkans, Caucasus, Middle East and Eastern Mediterranean. This combination makes the country a logical destination for travellers, migrants and refugees both from these neighbouring countries and from many other

Analysis (SETA) N° 1, October 2013 SETA Foundation for Political, Economic and Social Research Mehmet Uğur Ekinci * This analysis offers a general assessment of Turkey?s relations with the Balkans under the AK Party government. While some observers, referring to recent developments in the Middle East, are questioning whether Turkey?s ?zero problems with neighbours? doctrine

Those who would help from the outside must rely on dialogue, contact and diplomacy, which means Russia, Iran and Assad himself all being involved, like it or not.

The destruction of Syrian chemical weapons (CW) has started. In a breakthrough moment in Iran-US relations, the two Presidents talked on the phone and the foreign ministers sat down to discuss Iran?s nuclear programme. Though the connection has received little comment in the western news media, these two welcome developments are deeply linked and close to inter-dependent. How has this linkage come about and what is its effect?

#OccupyGezi and #RosiaMontana: Turkish and Romanian lessons for Europe 2.0

Social media play a key role in the awakening of civil society over environmental issues in Romania and Turkey, write Radu Magdin and Demir Murat Seyrek.

Radu Magdin is chief executive of SmartLink Communications, a trans-national communications consultancy based in Bucharest. He worked for five years in Brussels (2007-2012) for the European Parliament, EurActiv and Google.