The Turkish prime minister revealed the iron fist in his velvet glove this summer, but of which is his true character built?

All summer long, Recep Tayyip Erdoğan has been in a very bad mood. The public squares and parks of Istanbul and several other Turkish cities were taken over by protesters he angrily dismissed as “riff-raff”, turning the full coercive power of the state on the largely peaceful demonstrators.

Turkey’s Prime Minister Recep Tayyip Erdogan revealed the details of the much-anticipated democratization package at a press conference in Ankara today.
For an untrained eye, the package might look like a small, but important step towards a better democracy, as it includes several improvements especially for minorities. 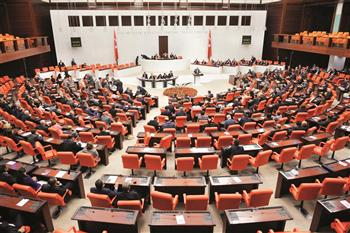 Turkey’s prime minister, Recep Tayyip Erdogan, unveiled the first big package of liberalising reforms in years on Monday, making overtures to the large Kurdish minority and proposing that headscarved women be allowed to sit in parliament and be civil servants for the first time in the history of the Turkish republic.

Prime Minister Recep Tayyip Erdoğan will announce the democratization package today, which he has said will contain ?surprises?