Ninety four percent of upper secondary students learn English as a foreign language, according to new data published by Eurostat yesterday (26 September) to coincide with the European Day for Languages.

French, German and Spanish come next in the ranking but are way behind.

Are budgeteers ready for the Rehn treatment?

After an hour-long meeting this afternoon up in Olli Rehn?s office in the European Commission?s Berlaymont headquarters, Rehn and Pierre Moscovici, the French finance minister, wandered down to a crowded press area to make the expected enthusiastic noises about Paris?s economic reform effort.

But what might be most noticeable about the appearance was not what was said but what was done: Moscovici handed over a copy of France?s 2014 budget, which he had unveiled in Paris just yesterday.

The 23 MPs from Bulgaria?s extremist Ataka party, who are in Brussels today (27 September) to demand an apology from an MEP who called them ?xenophobic?, may really be trying to avoid a no-confidence motion against the Socialist-led minority government in Sofia, sources say.

The Ataka politicians arrived in Brussels with a TV crew from their own channel, Alpha, but were unable to enter the European Parliament as no MEP would agree to meet with them,  EurActiv has learned.

Bloomberg reports on a potential proposal by the European Commission to alter the EU?s ?Balance of Payments? (BoP) facility to allow it to aid banks which may need to be recapitalised in the aftermath of next year?s ECB Asset Quality Review and the EU’s bank stress tests.

The latest Cypriot deposit data is out and it shows some stabilisation in bank deposits in Cyprus. According to the data total deposits decreased by around ?460m in August, although much of this was down to the conversion of 10% of unsecured Bank of Cyprus deposits into equity. 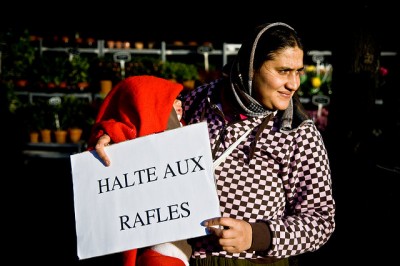 The statement from the interior minister of France Manuel Valls gave new life to the tense relationship of France with the Roma community. Mr Valls said on France Inter radio [fr] on September 24 :

Four out of five Germans reject their federal development minister Dirk Niebel?s statement that the target of earmarking 0.7% of European gross national income for development aid is ?no longer up-to-date,? EurActiv Germany reports.

A recent opinion poll by the Stiftung Weltbevölkerung (DSW) has revealed that as many as 40% of citizens polled actually want greater German engagement with the world?s poor nations.

Almost 25 years since the fall of the Berlin Wall, Germany’s divided past still matters, as it mirrors certain electoral splits. Whatever the shape of the new government, Chancellor Angela Merkel?s future coalition partner should make one task its own: bringing Germany’s European identity back to the fore, writes Tereza Novotná.

Tereza Novotná is a post-doctoral research fellow at the Université Libre de Bruxelles.

The 2013 German Bundestag elections were supposed to be boring. They were not. Not only did the liberals (FDP) for the first time in the history of modern Federal Republic of Germany fail to cross the 5% threshold, but the victorious Christian Democrats (CDU/CSU) led by Angela Merkel only just missed out on an absolute majority of votes and the chance to govern the country alone, which has not happened since the era of Konrad Adenauer.

There is talk of the trans-Atlantic relationship. It is not gone, nor even frayed. Europeans come to the United States and Americans go to Europe and both take pleasure in the other. But the connection is thin, writes George Friedman.

George Friedman is founder and chairman of Stratfor, a Texas-based global intelligence company.

“Most discussions on my present European trip concern U.S. President Barack Obama‘s failure to move decisively against Syria and how Russian President Vladimir Putin outmatched him. One of the most important aspects of the Syrian crisis what it told us about the state of U.S.-European relations and of relations among European countries.

A week before the European Commission presents its proposals for a “Social Union”, four key EU agencies called for social policy to be mainstreamed into Europe’s response to the economic crisis  on Wednesday (25 September).

The red-green coalition government in Norway, whose political platform when it took power in 2005 was called the most progressive in Europe, experienced a bitter defeat in the country?s parliamentary election on 9 September. A coalition of four centre-right and right wing parties, including a right wing populist party, gained a solid majority and are now negotiating the political platform for a new government.