No, the Government Never Asked Linus Torvalds for a Backdoor in Linux 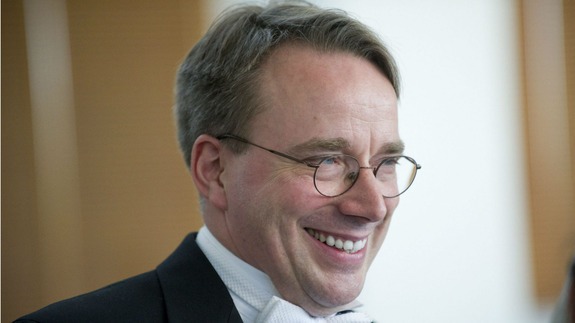 Contrary to some online reports, Linus Torvalds, a founder of Linux, was never asked by the U.S. government to put a backdoor into the popular open source operating system

Georg sez, “End to end cryptography is one of the few truly effective ways in which privacy and security can be protected. GnuPG is the central tool for this, recommended and used by security icons such as Bruce Schneier. While the software itself is easier to use than most people realize, key exchange is cumbersome. The authors of GnuPG have http://blogs.fsfe.org/greve/?p=634developed a concept that will solve this issue: STEED. So this is a call to action for tomorrow’s Software Freedom Day. Help spread the word so one of the biggest obstacles to pervasive end to end cryptography will be solved for good. Let the STEED run!”

A Congressional hearing and a glossy new paper published yesterday by the Motion Picture Association of America (MPAA) both underscore a major push by the copyright lobby to establish extra-legal “voluntary agreements” with search engines, similar to the“Copyright Alert” surveillance machine already in place with some ISPs. These sorts of agreements represent a troubling move towards enforcement regimes that have the speech-squashing capabilities of actual law, but not the corresponding due process or accountability.

Social Mobilization and the Networked Public Sphere: Mapping the SOPA-PIPA Debate is a scholarly paper by Yochai Benkler (et al) that analyzes the links, traffic and spread of the anti-SOPA campaign to see how the story went from an obscure area of wonkish concern to a massive Internet-scale shitstorm that put millions of phone-calls through to Congress and ultimately killed a bill that was tipped to be a sure thing. In the wake of SOPA, a lot of inside-the-Beltway commentators assured their constituencies that the SOPA fight wasn’t really any kind of grassroots effort — it was led by Google, or Wikipedia, or someone. It wasn’t masses of people making such a big noise that Google (et al) were finally able to lend their support without getting clobbered by their policy people.

Pinterest has announced a monetization experiment that will bring ads to its platform in the form of promoted pins from businesses. CEO and founder Ben Silbermann confessed that the company hasn?t quite worked out all the details for the feature, but he promised the ads will be tasteful, transparent and relevant.

60 percent of cell phone owners in the US use their devices to access the Internet. Furthermore, 50 percent of them download apps with their phones and 21 percent make video calls via apps like Skype.

Spain has long been a thorn in the side of United States-based entertainment companies. File-sharing is somewhat of a national pastime and efforts to crack down on the activity have been met with some words and also legislation, but very little action.