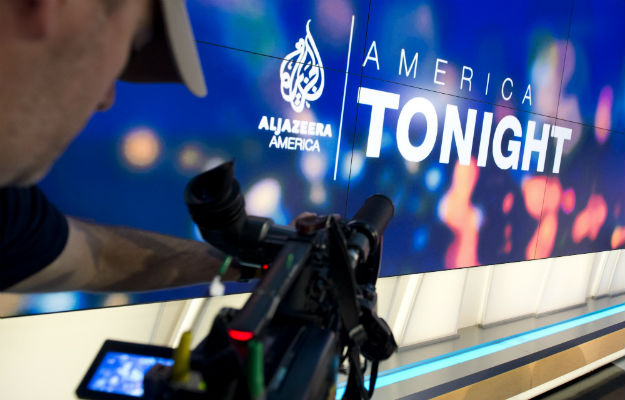 It’s been just under a month since Al Jazeera America first hit the airwaves, and what a month it’s been — with the Syria story lurching from seemingly imminent U.S. strikes to a looming congressional vote to this weekend’s chemical weapons deal. The fast-churning news cycle has provided plenty of fodder for media watchers who wondered before the launch whether

?Runway? was one of the benefits he recently said his purchase of The Washington Post would give the institution ? ?runway? as in financial room.

We?ll have to stretch the metaphor to think about what it may mean. More length of runway, simply meaning more time to get the Post set in the right direction? More width of runway, meaning more room for more products and business models to be tested to find the best way forward? To stretch further: Are we talking landing or take-off?

Worth reading: NYT on jailed ‘journalist-agitator’ Barrett Brown, and silence surrounding his case

“Barrett Brown makes for a pretty complicated victim,” writes David Carr in his recent profile of the Dallas-based journalist “obsessed with the government?s ties to private security firms.” Brown, 32 has been in jail for a year. He faces charges that carry a combined penalty of more than 100 years in prison. Why does the gag order on his case matter to all of us? Carr explains.

This Week in Review: Encryption and censorship, and broadening the story of journalistic change

Encryption, surveillance, and academic freedom: There were a number of developments on the U.S. National Security Agency surveillance front this week, including reports on the NSA?s ability to grab data from smartphones and court documents revealing that a judge ruled in 2009 that the NSA?s phone-records program ?frequently and systematically violated? the procedures it said it was following.

Anatomy of a media meltdown: Four takeaways from the loss of the Boston Phoenix

The post-mortem for the Boston Phoenix hosted by the MIT Communications Forum Thursday evening was in turns both spirited and sad. Representing the alt weekly in its heyday were Pulitzer Prize?winning critic Lloyd Schwartz, political columnist and Esquire contributor Charlie Pierce, former writer Anita Diamant, and editor-in-chief at the time of close Carly Carioli.