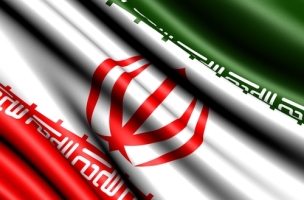 For the first time since 2009, millions of Iranians are able to share their status updates on Facebook.

Brazil plans to divorce itself from the U.S.-centric Internet over Washington’s widespread online spying

US Military Scientists Solve the Fundamental Problem of Viral Marketing

Network theorists working for the US military have worked out how to identify the small ?seed? group of people who can spread a message across an entire network

A newlywed will soon be parted from his bride to serve three years in prison for hacking police websites under the Anonymous banner. John Anthony Borell III, a 22-year-old man from Toledo, in the US state of Ohio, on Thursday was sentenced by a federal …

Pew: 63% of US adult cell phone owners use their device to go online, for 21% it?s their main Internet device

One way or another, Americans will find their way on the Internet: 63 percent of adult cell owners now use their phones to go online and 34 percent of these cell Internet users say that they mostly go online using their cell phone. Put another way, more than one-fifth (21 percent) of all adult cell owners now do most of their online browsing via their mobile phone as opposed to some other device such as a desktop or laptop.

Why you probably don?t need an API strategy

Daniel Jacobson (Twitter | LinkedIn), is currently director of engineering for the Netflix API. Prior to Netflix, Daniel ran application development for NPR where, among other things, he created the NPR API. He is also the co-author of APIs: A Strategy Guide.

?Strategy without tactics is the slowest route to victory. Tactics without strategy is the noise before defeat.? ? Sun Tzu, The Art of War

Over the course of 2013, the API industry has matured a great deal. Not only have we seen many of the major vendors (ie. Apigee, Mashery, 3Scale, Layer7, etc) get acquired and/or receive large rounds of funding, we are also seeing an uptick in new players, new tools and services, new publications, and even a series of API-focused conferences

The United States’ NSA intelligence agency is interested in international payments processed by companies including Visa, SPIEGEL has learned. It has even set up its own financial database to track money flows through a “tailored access operations” division. The National Security Agency (NSA) widely monitors international payments, banking and credit card transactions, according to documents