Syria crisis: US and Russia embark on diplomatic track

Syria’s chemical arsenal was at the center of a ramped up diplomatic effort Sept. 11 as Washington put its threat of military strikes aside and engaged with Russia’s disarmament plan
Israel proposed Syria chemical plan ?long ago?
Israel long ago proposed to international actors, including Russia, the confiscation of Syria?s chemical weapons arsenal
Syrian crisis isn?t just about chemicals, says Turkish president
President Gül says the recent chemical weapons proposal to the Syrian regime should not prevent further attempts to form a political exit strategy that would end the ongoing conflict
EU foreign policy chief Ashton urges Syria to comply, UN Security Council to take responsibility
Catherine Ashton urged Syria to ‘fully’ follow up on a pledge to give up chemical weapons and
UN Security Council permanent members to meet on Syria: Diplomats
Envoys from Britain, China, France, Russia and the United States will meet Sept. 11 to discuss the situation in Syria

The challenge and usefulness of R2P in the Syrian context

Syria shows the difficulty of translating Responsibility to Protect (R2P) into action, but we must if R2P is to be more than a fancy acronym. But any military intervention must be linked to dialogue towards a political solution, and if such action proceeds without UN authorization it risks further eroding support for R2P. 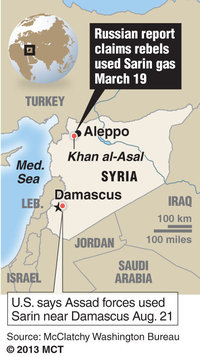 The Obama administration?s public case for attacking Syria is full of inconsistencies and hinges mainly on circumstantial evidence, While a punitive strike against Bashar Assad?s regime is ready to start immediatelly the public reasons for attack are losing ground every day while the risks about escalation of conflict are rising simultaneously. In my opinion the U.S address of missile-strike might not be the right one so before any actions it would be wise to spend some time to clarify ? whodunnit.

Syria?s Bashar al-Assad is proving to be a crafty fox. He has even managed to turn the use of chemical weapons

U.S. Secretary of State John Kerry arrived in Geneva to test the seriousness of a Russian proposal

A Russian Lesson on the Anthropology of International Relations 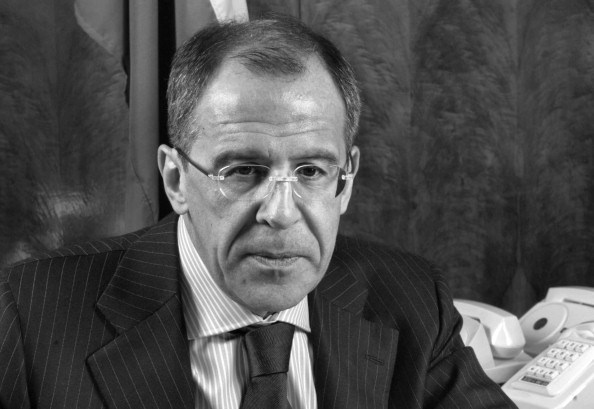 At the end of a long statement, coming as the response to the last question in a press conference in Moscow on August 26, 2013, Russia?s Foreign Minister, Sergei Lavrov (above), delivered what might be useful to understand as an anthropological statement on international relations, specifically on the treatment of people(s).

Putin issues plea to US over Syria

Contrast between Libyan and Syrian paths on weapons of mass destruction suggests huge gap between west?s and Damascus?s expectations

Syria exposes the decline of US diplomacy

In recent decades the impulse in Washington has been to bomb, not engage. But this was not always the case, writes Kishore Mahbubani

The US with Iran in Syria

The eleventh-hour U-turn on America’s push for military strikes against Syria has come against a backdrop of intensifying diplomatic pressure from the international community to avoid escalation of the violence in Syria. And that outcome is not possible without Iran.

The West is failing the Syrian people

Why would Bashar al-Assad, stuck in a war he and his clan regard as existential, voluntarily surrender his chemical weapons?

What to Do Now? Iran Torn on Syria

Iran has a strategic interest in opposing chemical weapons due to its own horrific experience during the 1980?1988 war with Iraq. But it also has compelling reasons to continue supporting Damascus. The Syrian regime is Iran’s closest ally in the Middle East and the geographic link to its Hezbollah partners in Lebanon.