Result ends eight years of centre-left rule and makes Erna Solberg all but certain to be the oil-rich country?s new prime minister

The variations in life expectancy and infant mortality – historically wide between EU member states – are narrowing, according to a report published on Monday (9 September) by the European Commission.

The report examines various factors causing health inequalities and finds that social factors such as income, unemployment levels and levels of education are drivers.

The review found many examples of associations between risk factors for health, including tobacco use and obesity, and socio-economic circumstances.Germany must rethink its strategy as it cannot remain healthy amid a sick Europe

It would be naive to believe that Germany’s economy can stay healthy while much of the rest of the continent is “sick”. So, as Peer Steinbrück and the SPD demanded repeatedly, it is in Germany’s interest to finally rethink its strategy and boost growth writes Jo Leinen MEP.

Jo Leinen is a German MEP, elected on the SPD ticket and acts as a representative within the Party of European Socialists group.

The UK?s opposition Labour party is considering matching the Conservative?s offer of an ?in/out? referendum on EU membership in a marked policy shift ahead of the next UK general election in 2015. A decision could be announced at Labour Party’s annual conference in Brighton later this month, EurActiv understands.

Prime Minister David Cameron this year (23 January) promised Britons a simple ?in/out? referendum choice on whether to stay in the European Union if he wins the next election, scheduled for 2015.

In Spain Simply Doing Nothing Is Not An Option!

In a blog post which sought to defend the recent IMF proposal to for a social compact involving a 10% reduction in Spanish wages and salaries, the EU Economy and Finance Commissioner Olli Rehn cited a line from Bob Dylan ? ?Something is happening here, but you don?t know what it is?.

This is a bad day for Europe?s financial transaction tax. The legal adviser to EU finance ministers ? the Council legal service ? has concluded that one of the main provisions of the Brussels designed tax is discriminatory, overreaches national jurisdiction and infringes the EU treaties.

To truly understand the need for Britain to make peaceful inroads with Syria, we must look back to the tragedies handed down to us by our predecessors.

How English can a German become?

The Ukrainian parliament’s speaker said yesterday (9 September) that MPs would pass the laws required by Brussels as a pre-condition for concluding an EU pact in time for November’s Vilnius Summit, paving the way for the signature of a landmark association agreement with the European Union.

Volodymyr Rybak, the chairman of the ‘Verkhovna Rada’, the Ukrainian parliament, was quoted by the Ukrainian press as saying that the assembly would adopt the remaining laws necessary to sign the association agreement at the beginning of October, in time for the Eastern Partnership summit in Vilnius on 28-29 November.

Berlusconi’s swan song may not be easy listening for Letta 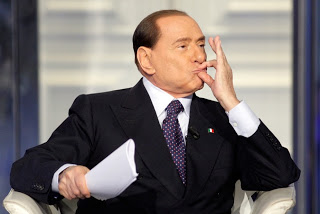 September has come, and summer is (almost) over – but the heat won’t leave Italy for a bit. The Italian Senate‘s Immunities Committee has begun debating whether to strip Silvio Berlusconi of his seat as a result of his recent tax fraud conviction. As we wrote on this blog several times (see here, here and here), the outcome of the vote that will follow this debate could be decisive for the future of Prime Minister Enrico Letta‘s shaky coalition government.

According to prominent pollster Dutch Maurice de Hond, just one year on from last year’s elections, the Dutch government coalition of the centre-right VVD and centre-left PvdA would lose more than half of its parliamentary seats if elections were held now. They would only retain 30 of their 79 seats, representing 12% (in the case of the VVD) and 7% (in the case of the PvdA) of Dutch voters.

Confidential documents, obtained by British newspaper The Guardian, reportedly show that the tobacco industry successfully lobbied in Brussels to get a crucial vote on the EU’s new Tobacco Directive postponed.

The documents seen by The Guardian show how Philip Morris International employed 161 people to combat a proposed tobacco products directive, which aims to save lives by forcing cigarette companies to include large pictorial health warnings on tobacco products covering 75% of the front and back of packs.

Greek natural gas distributor DEPA has asked Russia’s Gazprom to lower supply prices by about a fifth, to align them with those paid by natural gas users in western Europe, Greek energy industry sources said.

DEPA and Gazprom, Greece’s biggest natural gas supplier, are already in talks to arrive at a settlement, the officials told Reuters on Monday on condition of anonymity. If no agreement is found by year-end, the Greek side may go into arbitration.

The German election: What?s in it for Europe?

As German election day approaches, the outcome and coalition formed in its aftermath will have an impact on the country’s positions on European issues. Roland Freudenstein ponders which are the likely post-election scenarios and what they mean for Europe.

Roland Freudenstein is Deputy Director and Head of Research at the Centre for European Studies (CES), the European foundation related to the centre-right European People’s Party (EPP).