G20 leaders remain divided over Syria as they enter the final day of their Russian summit, while the US envoy to the UN sharply criticises Moscow.

Syria and new divisions in US politics

Bashar al-Assad‘s former defense minister has reached Istanbul after a defection that betrays cracks in the president’s support among his own Alawite sect,

[that] the secular component of Syria will re-emerge? once the Syrian government is deposed, Kerry claimed in the hearing. Those ?good friends? are officials from Saudi Arabia, Qatar, Turkey, Jordan and the United Arab Emirates, which are all religious

Turkey has deployed tanks and anti- aircraft guns to reinforce its military units on the Syrian border, as the United States considers strikes against Syria.

Counting the Votes for Syria 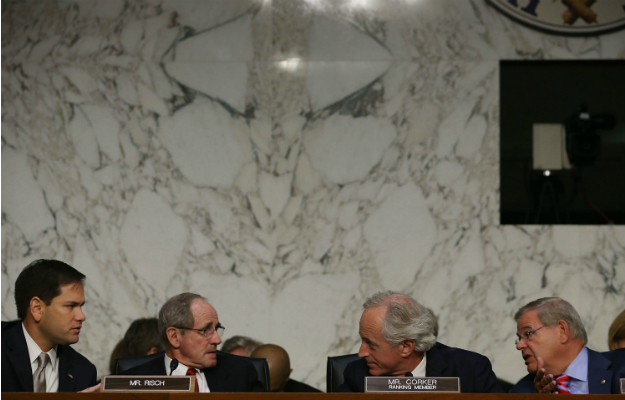 The Senate Foreign Relations Committee passed a resolution this afternoon to authorize the use of U.S. military force against Syria. The resolution will be voted on by the full Senate next week, but since before this afternoon’s committee decision, politicians and commentators have been trying to read the tea leaves on how the vote will go. And unlike on so many other issues, this vote probably will not follow party lines.

John Kerry was making his ?beyond a reasonable doubt? case against Syria?s Bashar al-Assad on Wednesday when he gave lawmakers a bit of faulty intelligence.

?In Damascus All is Quiet?: Russians Report from Syria 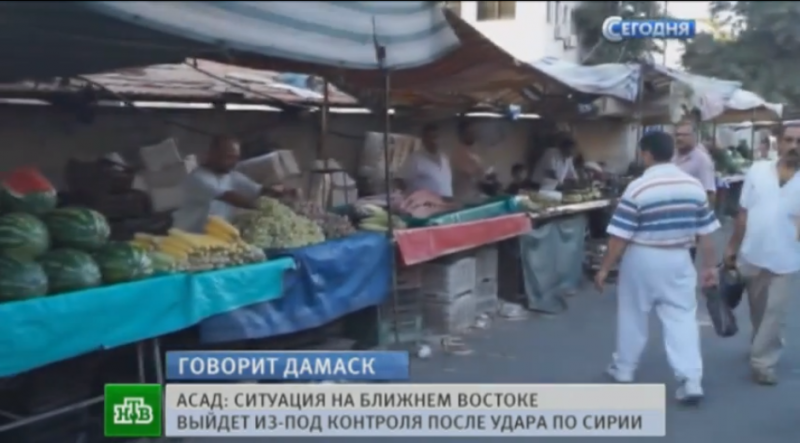 A Syrian market, as shown on Russian news channel NTV on September 3, 2013. The footage was presumably taken by Anhar Kochneva. YouTube screenshot.

Syria, the path to new war

The United States’s military preparations, and Israel’s growing involvement, reveal the momentum to a dangerous escalation in the middle east.