Rabid in its desire to march on Syria, Turkey banks on Washington?s support for an invasion despite a ?no-war? vote by Britain?s Parliament

Turkey: Unwanted ally in an unwilling alliance against Syria

The arch-foe of the Damascus regime, Turkey, has been increasingly isolated in an unwilling pact against Syria

Turkey says that its intelligence agency has gathered solid intelligence that shows the Syrian government was behind the alleged chemical weapons attack this month. 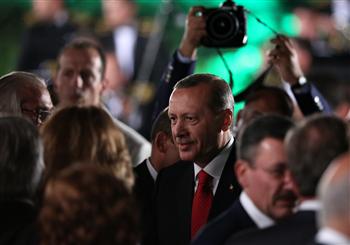 PM Erdoğan has said the U.S. statement on a ‘limited’ action against Syria will not be enough to satisfy Ankara

It must have been really ?painful? for Colin Powell to sit in front of Barbara Walters of ABC

In the northern Jordan villages ? some almost split by the border with Syria ? people who have watched the flow of refugees into their country are “holding their breath”.

A U.S. intelligence report disclosed on Aug. 30 that there was ‘high confidence’ that Syrian forces had used chemical weapons multiple times in the last year, including the Aug. 21 attack

Kerry said at least 1,429 Syrian citizens were killed in the Aug. 21 attack, including 426 children

US stocks drop on Syria concerns

Syria said on Aug. 30 that accusations by U.S. Secretary of State John Kerry that it has used chemical weapons were ‘lies and baseless’

Obama says US should take military action against Syria

The U.S. president has committed to seek the approval of the Congress before launching a strike against Syria. The critical debate on the possible ‘limited’ intervention is set to take place the week of September 9

Iranian MPs held talks Aug. 31 in Syria with President Bashar al-Assad and denounced any possible Western attack on that country over chemical weapons allegations, the head of the delegation said

Turkish Workers party supporters display a Syrian flag, and placards reading, from left: ” Ataturk said peace in the country peace in the world, gate borders should be opened, Turkey and Syria are …

Turkish Workers party supporters display a Syrian flag, and placards reading, from left: ” Ataturk said peace in the country peace in the world, gate borders should be opened, Turkey and Syria are brothers, no to war, during a demonstration in Hatay, Turkey, Saturday, Aug. 31, 2013. U.N. chemical weapons experts have left Syria and crossed into neighboring Lebanon. The team on Friday carried out a fourth and final day of inspection as they sought to determine precisely what happened in the Aug. 21 alleged chemical weapons attack near Damascus. The team took samples from victims for examination in laboratories in Europe. (AP Photo/Gregorio Borgia)

Syria says its army is ready, has ‘finger on trigger’

Syria’s army is ready for potential foreign strikes against the country and has its ‘finger on the trigger,’ Prime Minister Wael al-Halqi said in comments carried on state television 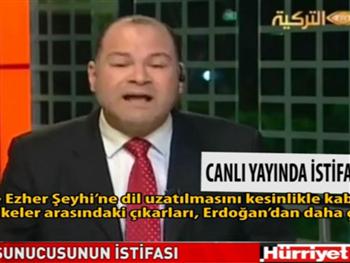