A roundup of the diplomatic standpoints of Israel, Turkey, Russia, Germany and France after the Syrian chemical attacks 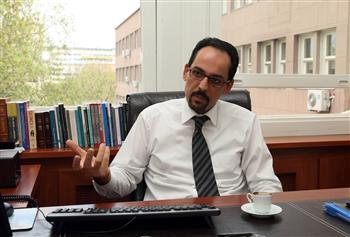 Turkey not ?lonely? but dares to do so for its values and principles, says PM adviser

İbrahim Kalın, a top foreign policy adviser to the Turkish prime minister said he had used the phrase ?precious loneliness? as a way to express Turkey?s ?honorable stance?

Did John Kerry Just Make the Case for Military Action in Syria? 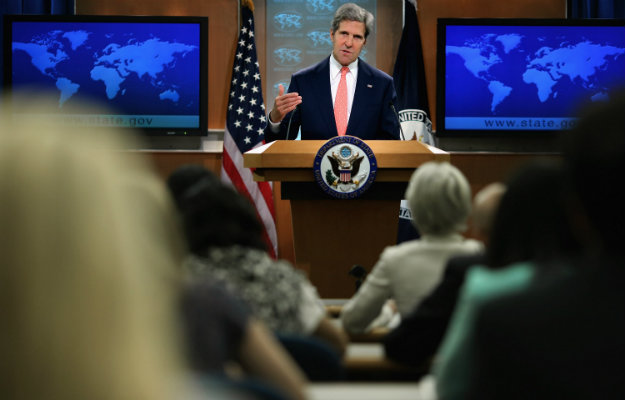 If the bombs start falling on Damascus, Monday afternoon will be cited as the moment when the Obama administration laid out the moral case for military action in Syria.

Coalition in making for Syria intervention

Allies of the Syrian opposition are ramping up their rhetoric over a possible armed intervention with Turkey, Britain, Germany and France sounding the drums of war

Turkish PM: We could never take sides with Assad

Prime Minister Recep Tayyip Erdoğan once again lashed out at Syrian President Bashar al-Assad on Aug. 26, saying Turkey could never take sides with a person ?who has gassed innocent civilians.

Turkey will join a coalition against Syria even if the UN Security Council fails to reach a consensus.

A dilemma is by its very nature a choice between evils, and that is what now faces other countries

The ?conviction? about the use of chemical weapons by the Bashar al-Assad regime in Syria

Turkey may open İncirlik base upon NATO decision

Turkey may open its strategic İncirlik air base for possible military operations into neighboring Syria, if the Western defense alliance NATO decides for an intervention

Any intervention to be launched into Syria without the authorization of a U.N. resolution may spark a regional fire, the main opposition party has warned

Al-Assad ‘not so stupid’ as to use chemical weapons near Damascus, PYD leader says

Syrian President Bashar al-Assad would not be “so stupid” as to use chemical weapons close to Damascus, PYD leader says

Use of chemical weapon in Syria ‘undeniable,’ US Secretary of State Kerry says

U.S. Secretary of State John Kerry said Aug.26 that the evidence of a massive deadly chemical attack last week was “undeniable” and accused the Syrian government of trying to cover it up

Turkey is currently grappling in its domestic politics with widespread popular protests in a number of Turkish cities. Also, on a regional level, Ankara is dealing with the aftermath of another crisis in its southern neighbor, Syria, and is also looking for ways to give a proper response to the demands of its own Kurdish population. -Siamak Kakaei

No evidence yet of Syria chemical attack, Putin tells Cameron

Russian President Vladimir Putin Aug.26 told British Prime Minister David Cameron that there was no evidence yet that the Syrian regime had used chemical weapons

Turkey and Iran tend to be rivals rather than close partners, despite sharing certain economic and security interests.