Anthropology Under the NSA?s Eyes

We now know that living abroad or corresponding with someone outside the US makes you fair game for government surveillance. A few years ago I wrote about the difficulties faced by anthropologists working in places like China, where there can be no expectation of privacy.* We now know (as many long suspected) that nowhere is safe. What does this mean for anthropologists?

Editor: Sarah Mahler is Professor of Anthropology at Florida International University. Daniel discussed her book, Culture as Comfort, here at Neuroanthropology, but you can also learn more at the spiffy website for the book, here. Sarah has extensive expertise in the study of migration, including its effects on the people left back home in communities where many members are out-bound. But she?s also developed an interest in neuroanthropology, as she explains in her piece?

?Anthropology,? James Peacock said in a 1995 address at the annual meetings of the American Anthropological Association, ?boasts brilliant observers, cultural critics, writers, and creators, yet few if any of us have produced books that we (not to mention others) crave to read, films that we crave to see, or music that we crave to hear.? Eighteen years have passed since Peacock spoke these words. So, have anthropologists today heeded his call?  Are the crucial issues of our time receiving public reflection from anthropologists, if not in books, then in popular media? What are some of the obstacles that prevent us from doing so more often? 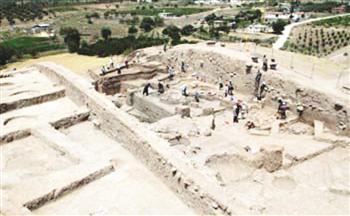 Anthropologists Study the Genesis of Reciprocity in Food Sharing

Through two separate studies, UC Santa Barbara anthropologistsAdrian Jaeggi and Michael Gurven found that reciprocity is similar among monkeys, apes, and humans, even when considering other factors that might otherwise predict helping behavior.