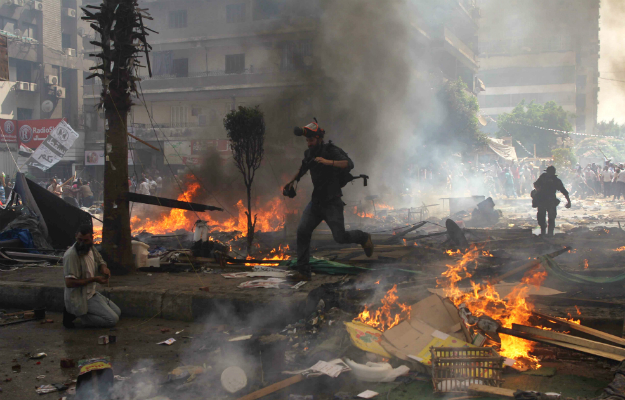 Two journalists have now been confirmed killed in clashes that erupted last night as the Egyptian military began clearing sit-ins by supporters of ousted President Mohamed Morsy.Mick Deane, a 15-year veteran cameraman for Sky News, and Habiba Abd El Aziz, a 26-year-old Emirati journalist for the publication Xpress, were both killed by gunfire.

Turkey?s Prime Ministry has released a lengthy statement to voice the government?s sadness and concerns over the bloody crackdown in Egypt

12 Horrifying And Tragic Images Of The Egypt Clashes

Coptic churches and businesses were attacked across Egypt today [August 14] by what was described as Muslim Brotherhood members and their supporters. The sectarian attacks followed the violent evacuation of Pro-Morsi sit-ins in the capital Cairo, in which many Egyptians were killed and injured.

Egypt: ?I Literally Felt a Bullet Pass Over my Shoulder?

Egyptian photojournalist Mosa’ab Elshamy was shot at, had a bullet fly over his shoulder, and had his equipment stolen as he ventured into Rabaa Al Adawiya, where a pro-Morsi sit-in was violently dispersed in Cairo, Egypt, today.

ElBaradei Resigns Over Crackdown, but His Old Allies Now Love the Egyptian Police 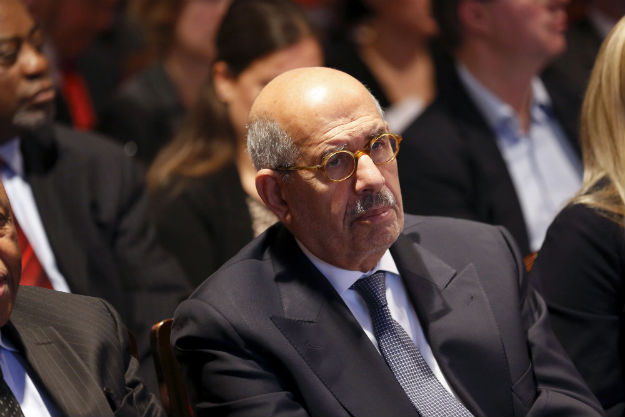 CAIRO — The political fallout from Wednesday’s bloodshed in Egypt is gathering pace — and it’s providing a revealing glimpse into the true convictions of the major figures on the non-Islamist side of the country’s ideological spectrum.

Police officers used tear gas and bullets to disperse demonstrators in a day of deadly unrest.

We will not allow any other sit-in in any square in any place in the country: Egypt’s interior minister

Egypt’s interior minister pledged on Aug. 14 to restore the kind of security seen in the days of ousted President Hosni Mubarak

U.S. Secretary of State John Kerry strongly condemned Egypt’s violence, calling for the state of emergency to end as soon as possible

In Pictures: Killings in Cairo