The International Herald Tribune (USA) July 30, 2013 Tuesday, p. 7 Egemen Bagis *, Ankara Just days after your editorial ?Turkey undermines its bid to join the E.U.? (June 26), the E.U. decided to resume talks with Turkey by opening the Regional Policy Chapter to negotiations. We welcome this decision. Yet criticism by some European 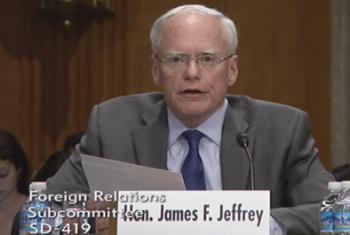 The U.S. Senate discussed Turkey?s Gezi Park protests in a panel at the Committee on Foreign Relations on July 31.

The Times (UK) August 1, 2013 Thursday, p. 28 Alexander Christie-Miller The Turkish authorities have been accused of organising a ?McCarthystyle? witchhunt against dissenting journalists, with more than 60 forced from their jobs in recent weeks. The spate of dismissals by media organisations is part of a broader alleged crackdown against students, doctors, lawyers, and

Turkish President Abdullah Gül has approved the amendment of an article believed to have provided historical legal justification for military coups d?état in the country

Ruling AKP vague on its plan for presidential system

?He told us that he would take his hands off from peace process if it goes like this,? Abdullah Öcalan?s uncle Süleyman Arslan said after meeting PKK leader on Imrali Island

Öcalan said he would quit the peace process if it continues to be ?this way,’ according to his sister.

A narrowed constituency system promoted as an electoral reform by the ruling Justice and Development Party (AKP) has nothing to do with democratization, opposition parties say

The ruling AKP hails growing support for its Kurdish peace process, saying public backing by all has grown despite the anti-gov?t Gezi Park protests

No one is forced to like us: Turkish PM

Erdoğan dismissed criticisms of a ‘dictatorial rule,’ adding that not everyone was forced to like the ruling AKP