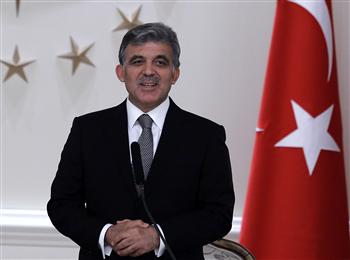 Forty-six U.S. representatives have written a letter to Turkish President Gül criticizing some of PM Erdoğan?s statements which they described as ‘anti-semitic’

Erdogan Threatens to Settle Score With The Times

As I wrote that same month in the Weekly Standard, “At issue is the insinuation, laid out in US diplomatic cables purloined by Wikileaks, that Erdogan is corrupt.” One such cable, dated Dec. 30, 2004, was penned by former US ambassador to Turkey Eric

The U.S. Senate discussed Turkey?s Gezi Park protests in a panel at the Committee on Foreign Relations on July 31.

The Egyptian coup is a warning to Turkey ? but will Erdoğan listen? | James E Baldwin

Like the Muslim Brotherhood, Erdoğan’s AK party has alienated opponents. Ennahda in Tunisia shows a way forward for democratic Islamists 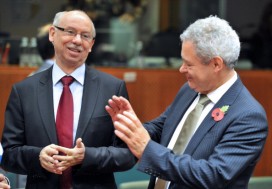 The fall and fall of the Turkish Empire

Why, the careful observer should ask, did the crowds in Istanbul, which gathered to protest the coup d?etat in Cairo

The number of Israeli tourists visiting Turkey increased by 86 percent from 7,369 to 13,713 in June compared to the same month last year

Syrian Kurds urged to rise up against jihadists

The People?s Defense Units (YPG), the armed wing of the Democratic Union Party (PYD), has issued a call to arms to battle jihadists

Turkey at a Tipping Point: Why the EU Should Use Gezi to Rebalance Ankara?s Foreign Policy

PISM Policy Papers, No. 17 (65), July 2013 The Polish Institute of International Affairs by Pinar Elman * Protests that began over the re-development of Gezi Park in Istanbul and spread throughout the country mark a turning point not just in Turkey?s domestic policy but in its foreign policy, too. The protestors demand a pluralistic

Ankara to Barzani: We do not lend support to al-Nusra Front

Meeting with KRG Prime Minister Nechirvan Barzani, Turkish leaders assured that Turkey was not lending its support to the al-Qaida affiliated al-Nusra Front in Syria