Ray Daly of The Washington Post has been writing JavaScript since the 1990s. In May, hespoke at JSConf about ?JavaScript journalism? ? the idea that just as it took some time for photojournalism to be respected as a distinct field, it?s now proper to define JavaScript journalism as its own thing, a field ready to stand alongside the other prefixes journalists attach to their job titles.

How to turn everyone in your newsroom into a graphics editor

Editor?s note: Back in May, I noted this Quora discussion on how Quartz creates visualizations ? charts, mostly ? of data so quickly off the news cycle. The answer involved an in-house tool that made it relatively simple to turn a data set into a chart that fit Quartz? visual aesthetic.

At the intersection of journalism, data science, and digital media: How can j-schools prep students for the world they?re headed into?

Editor?s note: Two journalism educators ? Amy Schmitz Weiss of San Diego State andCindy Royal of Texas State ? have provided their own lenses on how journalism education might be reshaped to match the current media landscape students are graduating into.

Journalism.co.uk?s Sarah Marshall reports that, for two days this month, BBC News got more traffic from mobile phones than from laptop/desktop computers.

Ethnic media is more than a niche: It?s worth your attention

Karl Rove gets it. So do major advertisers, broadcast networks, and their digital offspring. To be a viable political or commercial force in America?s future, you must be able to understand and connect with an audience that is heavily made up of African Americans, Hispanics, and Asian Americans.

The future of newspapers: go local! 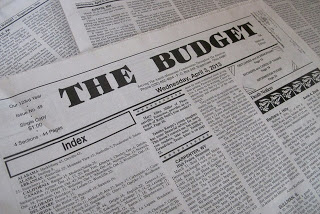 Newspapers are doomed and condemned to disappear, in 5, 10 or 30 years. Those are the predictions about the future of the press in United States and the whole world. It seems to be a fact: digital journalism jeopardized the revenues of newspapers and their existence.

The newsonomics of 2013?s second half, from ad depression to day dropping to real estate as destiny

The news world already has produced enough news for a whole year in the first half of 2013. What lies ahead for the second half of the year? We?ve got all kinds of clear trend lines, large and small, and can pick out three overarching phenomena:

Think twice before using Twitter as a data source

At Source, Jacob Harris notes that, as appealing as the Twitter API may be as a source of what-people-are-thinking data, it?s hardly perfect. Twitter?s demographics are representative of either Internet users as a whole or the broader population, and geocoding data is sparse and inconsistent.

Every weekend, Longform shares a collection of great stories from its archive with Slate. For daily picks of new and classic nonfiction, check out Longform or follow @longform on Twitter. Have an iPad? Download Longform?s app to read the latest picks, plus features from 70 of the world?s best magazines, including Slate.

Snowden, Greenwald, and the tech pushback: Again this week, we got more of the three core elements of the U.S. National Security Agency leaks aftermath: More revelations about the breadth of NSA spying and attempts to further uncover that information, more developments in leaker Edward Snowden?s attempts to find a safe home, and more debate over the journalistic merits of The Guardian?s Glenn Greenwald, who broke the story. Briefly, in turn: