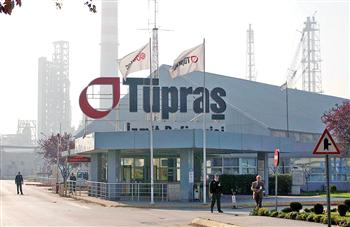 Turkey’s government has launched a probe into the tax affairs of energy firms affiliated with one of the country’s most prominent business dynasties, weeks after criticising one of the family’s hotels .

A new way for Turkish democracy

The protests of a new generation in Turkey constitute a turning point in contemporary Turkish history and a great ray of hope, writes historian and journalist Dilek Zaptcioglu. At long last, a third way has opened between Islamic and Kemalist groupings, and it leads to liberal democratic values.

Why Gül?s office has become a ?wailing wall? for AKP dissidents

Next year at this time, the only thing that will dominate the agenda will be the presidential elections

The Turkish government has not taken any concrete steps and continues to use the ?future tense? about plans regarding the ?peace process,? BDP co-chair Selahattin Demirtaş has said

By Asli Kandemir ISTANBUL (Reuters) – Turkey is likely to overshoot its budget deficit targets this year as the government spends in the run-up to elections to help keep the economy growing, economists said on Monday. Prime Minister Tayyip Erdogan‘s government, which has built its reputation on Turkey’s economic transformation over the past decade, is keen to maintain that record as it faces

A press conference on İmralı Island, which has been requested by Abdullah Öcalan would not be legally possible, Deputy PM Arınç has said