Criticizing Egypt coup does not amount to intervention in Egypt?s affairs: Turkish FM

Foreign Minister Ahmet Davutoğlu has refuted claims that Ankara has been interfering in Egypt?s internal affairs 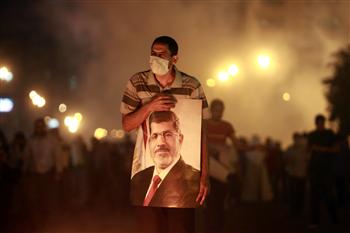 Egypt?s powerful Islamist groups, the Muslim Brotherhood and the Salafi al-Nour party, have boycotted the country?s first interim government which was sworn in late July 16

The Egyptian coup is a warning to Turkey ? but will Erdoğan listen? | James E Baldwin

Like the Muslim Brotherhood, Erdoğan’s AK party has alienated opponents. Ennahda in Tunisia shows a way forward for democratic Islamists

Egypt’s coup was not just a major shock for Mohamed Morsi, but also for the Middle East’s most successful Islamist party: Turkey’s AK party. When news of the Egyptian army’s deposing of Morsi broke, Turkey’s prime minister, Recep Tayyip Erdoğan, cut short his holiday on the Aegean coast and convened a crisis meeting of senior ministers. Over the following days Erdoğan strongly condemned the coup, calling it the “killer of democracy and the future” and referring to Egypt’s “so-called administration”. Why does the coup matter so much to Erdoğan’s AK party?

Egypt warns Turkey not to meddle in its affairs

CAIRO (Reuters) – Egypt warned Turkey on Tuesday against interfering in its internal affairs following Ankara’s condemnation of the overthrow of President Mohamed Mursi, which has reoriented diplomatic relations across the region. Turkey’s government, which like Mursi’s Muslim Brotherhood has Islamist roots, denounced the Egyptian military’s removal of Mursi, an elected leader, as an

The June 30 protests that sparked Egypt’s military coup against President Mohamed Morsi amounted to a revolt against the revolution, with important lessons for Egypt?s latest attempt at political transformation. Most important, a successful political and economic transformation must be guided by the principle of “no victor, no vanquished.”

Bangkok Post (Thailand)  Tuesday, July 16, 2013, p. 9 Charles Turner Politics is as politics always has been, local and specific. So why, then, has Turkey not descended into chaos? In recent weeks both Turkey and Egypt presented us with the spectacle of large crowds in major urban squares protesting about the authoritarian style of

Egypt’s new caretaker cabinet got down to work on Wednesday faced with a raft of daunting challenges including restoring security, as the Muslim Brotherhood of ousted president Mohamed Morsi vowed fresh demonstrations.

Shots fired from Syrian territory kill one, wound another in Turkish border town

Kerry in region with peace talks on agenda

U.S. Secretary of State John Kerry returned to the Middle East on his sixth trip to the region in his position as he tries to push Israelis and Palestinians back to peace talks.

Pakistan received most emergency aid, according to latest figures, as donors urged to act earlier to save more lives

Two Turkish citizens, aged 17 and 15, have been killed by stray bullets in the town of Ceylanpınar

Was Egypt a ‘Democratic Coup’? 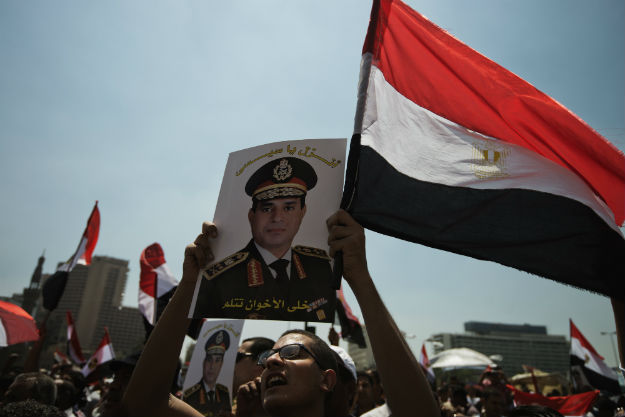 Following Mohamed Morsy’s overthrow in Egypt, I wrote about Ozan Varol’s argument that under certain rare circumstances, coups can be described as “democratic” if they are staged against authoritarian regimes with the widespread support of the people. The three main examples cited in the paper are the 1960 Turkish Coup, 1974 Portuguese Coup, and the 2011 ouster of Hosni Mubarak In a post on the Opinio Juris blog yesterday day, Varol says recent events in Egypt don’t fit the bill: