Turkey’s prime minister on Friday condemned the military intervention that toppled Egypt’s Islamist president Mohamed Morsi as an enemy of democracy, and chastised the West for failing to brand the ouster a coup.

US calls on Egyptian army to release deposed President Morsi

Turkish FM Ahmet Davutoğlu and his Iranian counterpart, Ali Akbar Salehi, have called on the parties fighting in Syria to enact a cease-fire for Ramadan

Egypt announced a criminal investigation against deposed President Mohamed Morsi, with complaints of spying, inciting violence and ruining the economy 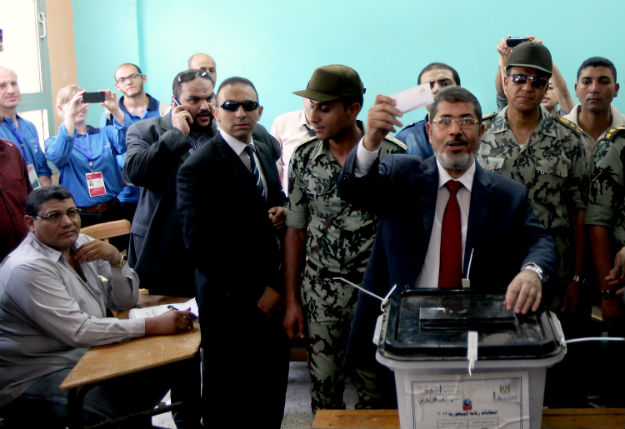 CAIRO — During the height of Hosni Mubarak‘s autocracy, author Saad Eddine Ibrahim crafted a new word to describe his country’s plight: Egypt, he said, was now a jumlukiya. The neologism combined the Arabic word for “republic” (jumhuriya) and “monarchy”

‘US bankrolled anti-Morsi activists’ story called baseless and irresponsible, while others sing its praise.

By Nick Tattersall and Justyna Pawlak ISTANBUL/BRUSSELS (Reuters) – Turkey warned German Chancellor Angela Merkel on Thursday not to play politics with its European Union ambitions as Berlin blocked moves to open a new chapter in Ankara’s EU membership talks next week. Turkey said failure to open the chapter would be a major setback in Ankara’s relations with the bloc and one senior Turkish …

Turkey, European Union on the outs over protests

As Turkish protests drag on, the country?s candidacy for the European Union is increasingly in doubt.