The global hacktivist group, Anonymous, has leaked the 1990-2011 financial accounts of the governing Partido Popular (PP) [People’s Party] on the internet. Recently, during the investigation, Judge Pablo Ruz asked for access to the documents dated since 1990 on suspicion of illegal financing. The PP refused, claiming that they were only obligated turn in documents from the last five years. 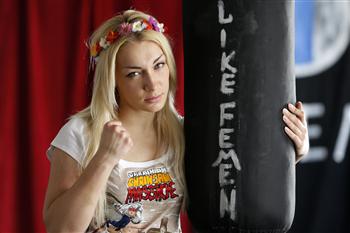 ?Police officers came to the door and said ?All blacks out, all blacks out’,” Tupac told me as he recalled how police officers forced him and other black and Asian passengers off a bus in central Athens for an identity-check. After pulling him out of the bus, the police held Tupac, a Guinean registered asylum-seeker, for almost ten hours to check his legal status in Greece.

The French Flicks and American Beef Standing in the Way of a U.S.-EU Trade DeaL

On Monday, the United States and the European Union officially launched talks on creating a new free trade zone —

The first round of talks in what the U.S. and EU trade representatives intend to be the largest bilateral trade agreement ever have begun. The governments call it TTIP, the Transatlantic Trade and Investment Partnership (TTIP). Everyone else calls it TAFTA, the Trans-Atlantic Free Trade Agreement. Whatever the name, it will regulate all U.S. and EU trade, or around 30 percent of world trade in goods. And according to the first leaks of negotiation documents, it threatens to be yet another trojan horse for copyright and internet issues.

As a plan to remove Istanbul’s Gezi park sparked a mass uprising in Turkey in recent weeks, the people of Serbia were faced with a similar fight. A planned highway was set to destroy a 600-year-old oak tree in central Serbia, but after days of protests, the government seems to have bowed to pressure and modified the construction project to save the oak.

Europe’s banking sector is too large, has too little capital, and contains too many players that lack a viable long-term business model. It is the combination of the last two factors ? an overabundance of banks with no sustainable way to turn a profit ? that constitutes the most serious and most difficult problem. 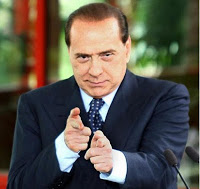 Last month, we wrote on this blog that Silvio Berlusconi’s well-known ‘Ruby trial’ posed no immediate threatto the stability of Italy’s coalition government. Instead, we noted, the real risk was the less titillating ‘Mediaset trial’ – where Berlusconi is accused of tax fraud and could be banned from holding public office for five years.

After 27 days of anti-government protests in Bulgaria, the leadership of this Eastern European country has so far made no changes.

The European Court of Human Rights (ECHR) ruled on Tuesday that whole-life prison terms imposed in Britain amounted to ?inhuman and degrading?

The name of the new American ambassador to Spain has been announced: James Costos. The new ambassador, who holds a degree in Political Science, has three traits that stand out: he is a top executive of the television production company HBO, a strong defender of animals -a member of the HSUS organization, dedicated to the condemnation of animal cruelty-, and is openly gay.

Spain’s Prime Minister Mariano Rajoy may take a pounding from fresh corruption allegations against his centre-right People’s Party but the government is strong enough to ride the storm, analysts and sources say.

A Spanish newspaper said yesterday (9 July) it had handed over handwritten documents to the High Court which it said were ledger entries showing payments from an illicit slush fund run by the PP to party leaders, including Rajoy.

How does the European Arrest Warrant work?

Barnier, standing at right, may be in for another tussle with Germany’s Wolfgang Schäuble.

Europe and its ?midnight children?

Croatia’s accession to the European Union highlights both the union’s continued appeal and its current malaise. This odd combination casts a shadow across the western Balkans and back to Brussels, says Goran Fejic.