After the conclusion of the troika’s review the finance ministers of the EU on Monday agreed to grant new loans to Greece. Athens is to receive 6.8 billion euros in instalments by October, however the payments are conditional on the country making progress with its reforms. The never-ending ritual of troika negotiations thus continues, commentators write mockingly, and see the danger of the euro crisis flaring up again.

Athens strikes another bargain in Brussels, but how long will this one last?

As we noted last week on CNBC, a deal was always likely this time round in Greece:

“We’ve got German elections coming up in September and no one wants to have that talk of how we’re going to fund Greece for the next three or four years. So they just want to kick the can down the road until after the elections?They will come to some agreement but it’s clear that Greece is well behind track on its programme once again and it’s only a matter of time before a new funding gap opens there.”

An end to austerity will not boost Europe

There is no doubt that contagion has lessened markedly, but German elections will hold the key to any near-term developments

Healthcare in Britain – first they came for the immigrants

Is Germany paying for southern Europe?

Germany is not paying for southern Europe. On the contrary, it benefits from it.

The following line is heard far too often not only in Germany but also across northern Europe: “The Germans will eventually be fed up with constantly paying for things?

Negotiators for ?troika? of lenders say the staff-level deal includes agreement on the most vexing issue ? the reduction of public sector staffing

There are sharp contradictions in the fundamentals of the EU in its relationship with China. As usual in the EU, Germany is at the heart of the question. The weight of Germany in the EU?s relationship with China far outweighs that of other member states. This has major implications for EU policy on China. Just as German economic domination of the EU, or at least Eurozone, economy gives it the strongest voice in dealing with the Europe?s internal crisis, so Germany will expect to be primus inter pares in dealing with China. German policy will based on completely different interests compared to other member states and the EU institutions.

The EU?s bank is less ambitious than the US in restricting energy from coal

It may have been easy in the past for Europeans to bash the US for being retrograde when it comes to climate policies, but after last week it will get more difficult to do that.

by Anna Roggenbuck, cross-posted from the Bankwatch blog

Just as the world is abuzz with Obama?s new climate pledges, below the radar, the European Union?s house bank published draft guidelines for its future energy lending which are actually less ambitious than the US? when it comes to coal.

From eurocrisis to a global new deal

The author of a new book on the ongoing crisis in the eurozone discusses the survival of the euro, the default alternative, who might gain from a failed austerity, and the prospects for global Keynesianism. An interview.

Despite some inaccuracies from the BBC, the trade deal will deliver minimal economic benefit at best. What we are actually seeing is the framework for increased privatisation, investor protection, and a potential new era of finance in which tolls replace lending as the key profit stream.

Democracy protection in the EU revisited

Jan-Werner Müller deals with critical issues raised by his proposals for a Copenhagen Commission: an independent institution specifically tasked with alerting Europe to threats to democracy, the liberal rule of law and individual rights such as those currently seen in Hungary.

Our protests cannot match theirs in scale. But we demand our share, however small it might be. It is ideas and determination that unite all these events. 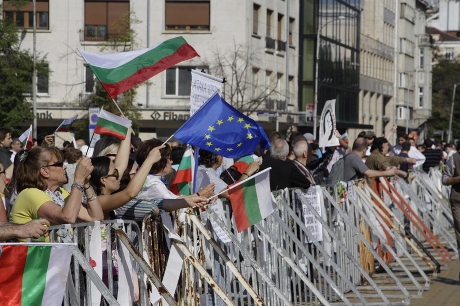 The 20th day of protests against Prime Minister Plamen Oresharski, which started after Oresharski appointed a controversial businessman as head of a security agency. Demotix/Johann Brandstätter. All rights reserved.

I feel really exhilarated, yet sad to watch Bulgaria?s ongoing protests from a distance

The EU?s top education official, Androulla Vassiliou, has called for a revamped Erasmus student exchange programme to place more emphasis on youth employability in the coming years, as the European Commission reveals a record 253,000 students took part in the programme last year.

This meant that since its inception in 1987 three million students have received a grant from the programme, which has increased in size every year except for one (1996-1997). Demand also exceeded the availability of grants in most countries in 2011-2012. 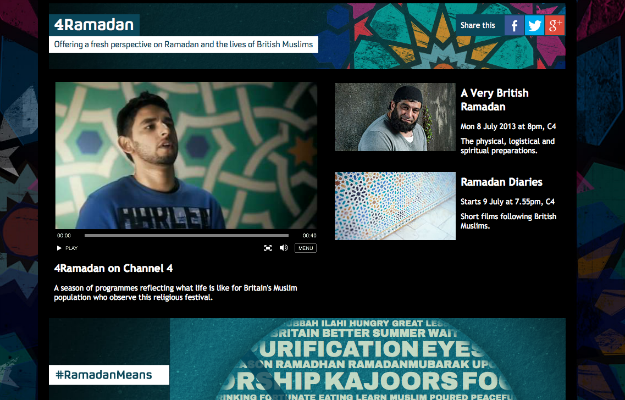 Ramadan, the Islamic holy month marked by fasting from sunrise to sunset, begins Monday evening in many parts of the world (just when continues to be the subject of debate). And in a intentionally provocative move, the British broadcaster Channel 4 has announced that it will be airing the call to prayer, or adhan, live every morning throughout Ramadan (an autoplay version will also be available on its website five times daily). The first call to prayer will air at 3:00 a.m. on Tuesday and “[p]rogrammes in the schedule will be cut to accommodate the adhan.”

Greece secured a lifeline from the eurozone and the IMF on Monday (8 July) but was told it must keep its promises on cutting public sector jobs and selling state assets to get all the cash.

The ?6.8 billion deal, which spares Greece defaulting on debt in August, will see Athens drip fed support under close watch from the eurozone and the International Monetary Fund to ensure implementation of unpopular reforms.

Source: Eurofound From the Introduction: Croatia became the 28th Member State of the European Union on 1 July 2013. It emerged as an independent state in 1991 from the disintegration of the former Yugoslavia and was severely affected by the wars that followed between 1991 and 1995. This upheaval impeded economic

Source: European Monitoring Centre for Drugs and Drug Addiction From Summary: The major features of the European drug landscape have remained relatively stable in recent years. Drug use remains high by historical standards, but positive changes can be seen, with record levels of treatment provision accompanied by some signs of erosion