Egypt : The Next President

This 12 years old boy is just stunningly, incredibly smart. Listen to him as he excoriates the Muslim Brotherhood, relentlessly dissecting their power grab for Egypt.

Beyond the middle class military coup

The situation in Egypt today rekindles the debate about middle class military coups in the 1960s and 1970s.   Lessons must be learned from Latin America‘s experience of moving the military into the government.

Egypt today recalls Latin America of the 1960s and 1970s when the ?middle class military coup? was a vehicle of political change.  Jose Nun, the Argentine scholar who coined the term in 1967, argued that sectors of an embattled middle class aspiring for economic betterment could abandon democratic politics if they feared that it posed a threat to their own economic well-being. 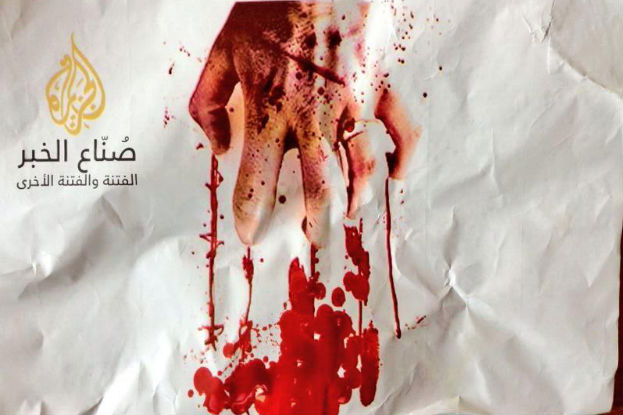 A leaflet distributed outside Al Jazeera’s offices in Cairo, reading “the lies and the other lies” — a play on the station’s slogan, “the opinion and the other opinion.”

The White House rationalized last week?s military coup in Egypt as providing the opportunity for a ?do-over,? and that?s a comforting idea in more ways than one. But political life doesn?t come with an eraser to neatly remove mistakes and start over ? especially in the explosive Middle East.

The Egyptian Army is not a democratic institution despite its recent pretensions.  One only needs to recall following the ouster of Mubarak for a reminder of how quickly the Army’s penchant for autocracy surfaces.  Today’s slaughter of scores of apparently innocent civilian protesters underlines the urgency of getting the generals out of the Presidential palace.