After media reports about spying activities of the US intelligence services in EU offices, the European Union is checking its facilities for bugging devices. The European Commission has demanded speedy explanations from the US. Some commentators say Europe should stand up to America, while others urge it to stick to the plans for a free trade agreementdespite everything.

Reding: ‘I am still awaiting a written response’ over US, UK spying allegations (News)

The British justice system: a fair structure for women?

Britain has one of the lowest percentages of female judges in Europe.  What are the consequences of this disparity for the justice system, and what must be done to make British justice gender equal?

The UK’s Observer ran a story Sunday that reported the US working with the UK and EU nations to gather personal communications data, based on one source: conspiracy theorist and noted nutball Wayne Madsen, “whose current obsession with proving President Barack Obama is gay.” The story (which wasn’t even based on an interview!) went sort-of-viral, and metastasized on various linkbaity websites, but the Observer’s own piece has now been taken down. [Poynter]

The death of Nabucco means a kiss of life for Greece

The European Union?s Nabucco pipeline project, which was to carry gas from Azerbaijan, Turkmenistan, Kazakhstan

The NSA?s surveillance activities in Europe, and on European diplomatic function elsewhere have brought sharp rebuke from those targeted. Today France has taken that pushback a step further by directly threatening to slow or halt trade negotiations between the United States and the European Union.

British left is turning against Europe

The opposition Labour party is finding, to its dismay, that the social market is becoming less social and more of a market

Let Croatia lead the Balkans into the EU

Every country that binds itself to the union?s institutions brings us closer to the goal of a Europe at peace

Welcome CROATIA to the European Union! Did Someone Say “Borders” ?

Welcome CROATIA to the European Union!

Did someone say borders?

The EU has something to do with reducing the importance of borders, which have been of importance to human society since ancient eras. Nevertheless, the borders of the Member States still stand, even if they are members of the EU.

The Risk of European Centralization

Given Europe?s history of war and ideological division, and today?s challenges of globalization, a peaceful, prosperous, and united Europe that wields influence abroad is surely a desirable goal. But there remain major disagreements about how to achieve it.

A new chapter added to the crisis in Cyprus

The latest in the concatenation of disjointed actions characterizing the Cyprus bailout programme, is what appears to be a reprofiling of the sovereign debt, realized through a ?volunary? bond exchange, under domestic law, worth ?1 billion, with the material effect of extending maturities while holding coupon rates constant. The press release of the Ministry of Finance reads thus:

How Long Will Hungary Remain the Pariah of the EU?

Hungary remains a high priority for several International Institutions examining the respect of rule of law (Council of Europe) and the situation of Fundamental Rights (Comission, European Parliament). Prime Minister Viktor Orbán will participate in the European Parliament plenary session to defend his policy against the European criticism on 2 July 2013. He believes that Hungary is victim of international conspiracy of the political left and twisted financial insterests. On the other side, critics often say that the country is close to became a dictatorship and there is serious breaches of Human Rights. I do not share the exaggerations and the truth is in the middle: the constitutional situation in Hungary remains controversial but instead of revolution, the country needs further reforms. Short analysis from a Hungarian legal mind. 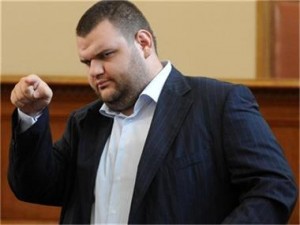 This post was long overdue. It?s been more than two months since I haven?t blogged. Indeed, I have tweeted a lot in the meantime. The reason is probably that the developments in Bulgaria, overwhelming for me, have been too confusing. And probably they deserved short messages rather than longer texts which risk proving wrong

The price caps for mobile data roaming in Europe have been slashed by 36 percent today, making it far cheaper for travelers to connect to the Internet with their smartphone or tablet when they travel abroad.

Does anyone in Britain actually know how the EU rebate works?

I once gave a talk at a ?high-level? seminar on UK media and the EU, attended by various British and European commentators and journalists. They weren?t exactly natural Sun readers, if you get my drift.

Digital Agenda Assembly: what can you do for Europe?

The Digital Agenda Assembly took place in Dublin on 19-20 June. DIGITALEUROPE attended Workshop 1 on the Grand Coalition and Workshop 4 on technology enablers. Overall, jobs and education came out as leading drivers of the Digital Agenda.

The collapse of the centre-right government of Czech prime minister Petr Ne?as earlier this month came as little surprise. His coalition had struggled on for more than a year without a parliamentary majority trying to push through an unpop..

During the last week of June we have been warming up for welcoming Croatia in the European Union: the European institutions have focused big part of their communication in introducing the new member to the rest of the club through figures, infographics and cool videos highlighting the assets of Croatia or sharing the impressions of some relevant European politicians (part 1 and Part 2), or promoting the whole idea of enlargement itself. 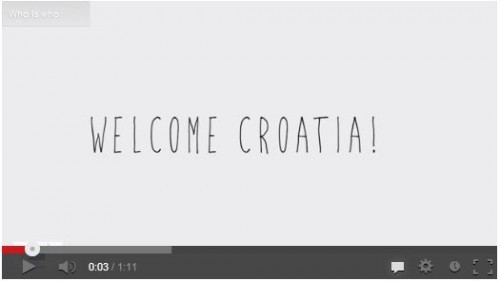 A ceremony was held in the Croatian capital of Zagreb on Sunday night to celebrate the country’s accession to the EU. Some commentators see the addition of this 28th EU member state as opening a new chapter in the success story of Eastern expansion. Others criticise the EU for once again being too lenient in the accession talks.

After nine years of waiting, Croatia has joined the European Union as its 28th member state.

But response to the Balkan state’s entry on July 1, 2013 appeared to be lukewarm, with the majority of positive online commentary coming from the country’s media and politicians. Few Croats celebrated on social media, with many more meeting the date with little to no mention, a change from the weeks leading up to Croatia joining the EU when lively online conversations treated the EU prospect with sarcasm and skepticism.

As the EU condemns the US and UK?s spying activity, activists and politicians raise concerns about the sales of Europe?s own surveillance technology

What’s Next for U.S. Surveillance?

We adore the English here in the States. They’re just so precious! They call traffic circles “roundabouts,” prostitutes “prozzies,” and they have a queen. They’re ever so polite and carry themselves with such admirable poise. We love their accents so much, we use them inhistorical films to give them a bit more gravitas. (Just watch The Last Temptation of Christ to see what happens when we don’t: Judas doesn’t sound very intimidating with a Brooklyn accent.)

Croatia’s accession and the rule of law (Opinion)

Many observers, including the European Commission, have argued that Croatia needs to do more to show its commitment to judicial independence and the rule of law, writes Jean-Sylvestre Mongrenier.