?Come, Come, Whoever You Are.? As a Pluralist Movement Emerges from Gezi Park in Turkey

After the Gezi Park occupation was dispersed, dozens of neighborhood forums popped up around Istanbul where people get together to discuss a variety of issues. I?ve been attending these neighborhood forums, which are are organized in an ?agora? format where speakers line up and take turns to speak. While media attention remains on the  frequent Taksim Square demonstrations, the forums are lively, continue to be well-attended and are breaking precedent in Turkish politics which started with Gezi. To give a sense of the space, here?s the Abbasaga forum in Besiktas (at 12:30a on a Friday). 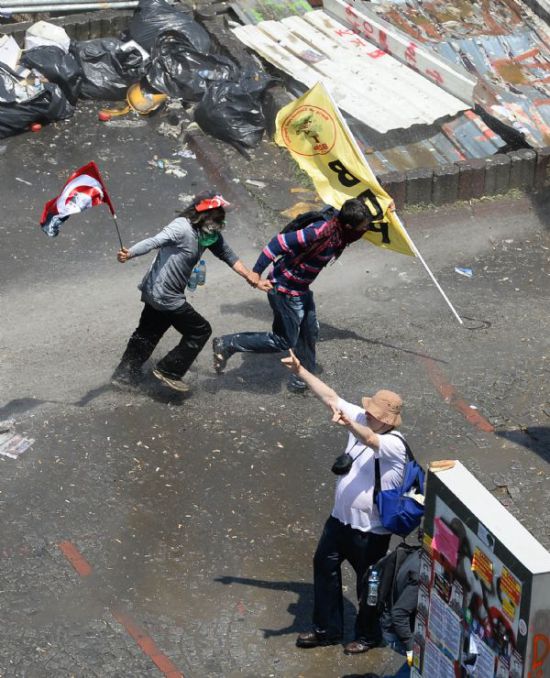 The Revolt of the Rising ClassIn Turkey, did the ruling class get the message?

Protests Squelched, Gay Rights March Brings Many in Turkey Back to the StreetsA gay rights march in Turkey drew at least 20,000 people, many of them chanting slogans denouncing government policies that discriminate based on sexual orientation.

The abject failure of the Turkish press and media to cover recent events at all, much less objectively and thoroughly, has led some journalists to start a new news-source, online and as far out of the clutches of state censorship as possible: T24 (only in Turkish at the moment, although they?re considering adding an English-language page). CNN-Turk?s airing of a penguin documentary on the day the police first stormed Gezi Park is now notorious and the term ?penguin? has become a byword for non-reporting, as in ?For thirty years we thought our media had been reporting on the war with the PKK in the east, but now we see that in fact they have been reporting penguins.? It also refers to the belated recognition by some that what had been reported as news did not reflect what was actually going on in the east and elsewhere. T24 is an attempt by respected reporters to escape the state?s straitjacket on the Turkish media in order to report news, not penguins.

The Gezi Snowball: What A Difference A Week Makes

A week ago, Kurds weren?t participating openly in the Gezi protests. They appeared to be holding back because they didn?t wish to jeopardize the PKK-AKP peace deal, which had reached a sensitive stage. They claim that a majority of their fighters have withdrawn from Turkey and returned to their bases in the mountains of Iraq, and that now the ball was in the Turkish government?s court, which they had asked to do the following: defang the anti-terror law and release Kurdish prisoners held under that law; reduce the 10% election threshold that keeps smaller parties from being elected; allow education in Kurdish. PM Erdogan met this week with his Council of Wise Men (which included some women), an advisory group of public intellectuals and artists who had been tasked with going to the far corners of the country and collecting an impression of the people?s will regarding the PKK peace process. 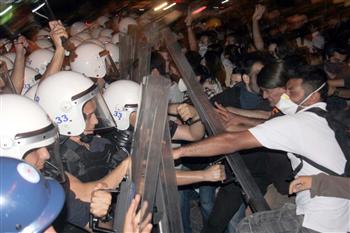 By Seyhmus Cakan DIYARBAKIR, Turkey (Reuters) – Kurdish protesters clashed with security forces in Turkey’s southeast on Sunday, ahead of demonstrations planned across the country to pressure the government to carry out reforms. The main pro-Kurdish Peace and Democracy Party, the BDP, has called for marches in at least three major cities, to launch a summer of protests against what it sees as a

The Peace and Democracy Party has announced a one-month schedule of the ?government, take a step? rallies 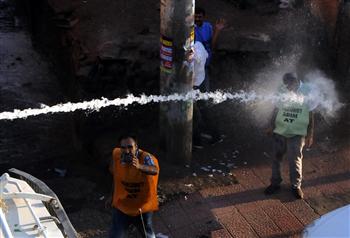 The battle between Turkey?s government and protesters goes cyber.

If An Election Were Held Today?

ORC research company carried out an election survey between June 10-26 with  63.750 people. Milliyet.com.tr reported the results as follows:

If there was a general election today: 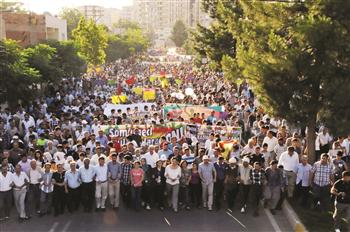 The Peace and Democracy Party, which has been calling on the government to take action for democratic rights within the scope of the ongoing peace talks.

HPG: Counter Forces Are Behind Attacks

HPG released a statement, saying that counter forces were behind yesterday?s attacks on civillians in Kanoğlu village located in the southeastern province of Dersim (Tunceli). ?Counter forces are active in Tatvan and Hizan districts of Bitlis Province,? the statement said.

No intel probe into social media in Turkey: Report