From Marginal March To Mass Movement

How the Turkish government has fanned a simple protest by overreacting and then blaming scapegoats.

The fight for the square

?The fight for the square is turning people into something new, whatever one thinks of what can happen after?? Tahrir, Sol, Wall Street, Taksim, a conversation with Annalena di Giovanni.

I recorded this conversation in a bar just by Taksim on Sunday morning 9 June. The police were to sweep back in two days later. It was an exceptional moment I described and photographed in my openDemocracy report. You have to appreciate the atmosphere: an intense mixture of sleepless energy, anticipation, learning, collective-organisation, cigarettes, fear, self-confidence, a sense of making history and self-discovery accompanied by it quickly becoming a way of living and talking, a different way of being normal. This was the life of Annalena. We just started and talked as quickly as possible for over an hour before our next meetings. The text is based on the transcript, about 25 per cent has been cut back, some of it re-arranged without losing its meandering quality, a few clarifications added.

Turkey?s prime minister may no longer be the politician he was since he seems to be responding to rather than determining the news agenda

Turkey has long been standing at the threshold of the European Union. Adenauer and de Gaulle spoke about the European future of the country located between Asia and Europe half a century ago. In 1999, Turkey received the status of a candidate for the EU membership. 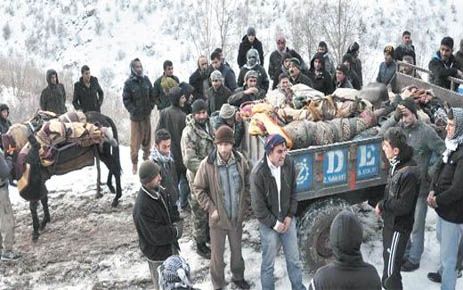 Turkey: The Faces of Chapulling

It?s been a month since the Gezi Park movement got started in Turkey, and over that short timeframe a new political generation has come of age. These politically awakened Turks have been dubbed the ?Chapulling? generation. In this photo essay, photographer Francesco Pistilli strives to personify the movement.

The protests roiling Istanbul, which started in May and have already begun to dwindle, were never an Arab-style spring. The Turkish government, however, now risks turning them into a very real political and economic winter.

Greenpeace hits out at foreign plot

When the Turkish PM is sick

This is a true story of Turkey. Read it until the end.