A Milan court sentenced former Italian PM Silvio Berlusconi to seven years in jail after finding him guilty of paying for sex with an underage escort girl.

Berlusconi Has 2,500 Problems but Prison Ain’t One 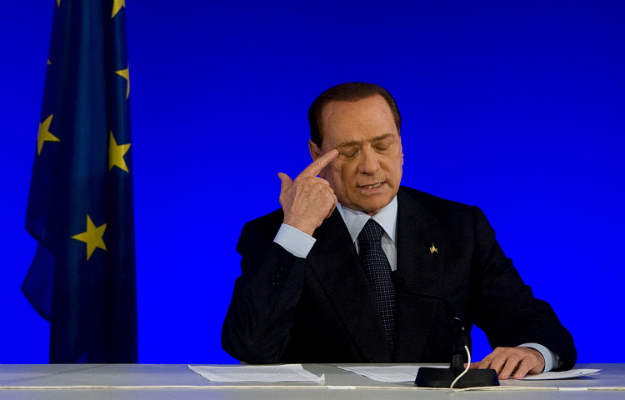 The two-year Bunga Bunga Trial has finally come to a close, and a court in Milan has foundSilvio Berlusconi guilty of paying for sex with a minor. The court sentenced the former Italian prime minister to seven years in prison and banned him from public office for life.

Berlusconi sentenced to 7 years in prison

Silvio Berlusconi, the disgraced former prime minister of Italy and billionaire media baron, has been sentenced to seven years in jail for having sex with an underaged prostitute. The woman, Karima ‘Ruby’ el-Mahroug, was paid to have sex at Berlusconi’s infamous “Bunga Bunga” parties, and at one point, he lied to Italian police about her to keep her from going to jail for theft — Berlusconi told the cops she was Hosni Mubarak‘s niece and that arresting her would cause an international diplomatic incident. Berlusconi sounds like he plans on appealing:

A court in Milan on Monday sentenced Italy’s ex-prime minister Silvio Berlusconi to seven years in prison on charges of abuse of office and sex with an under-aged prostitute. It also banned the 76-year-old politician from holding public office. Italy must now finally renounce Berlusconi, some commentators say. Others believe that even the guilty verdict won’t harm his political career.

Italy’s former PM Silvio Berlusconi is sentenced to seven years in jail for paying for sex with an underage prostitute, and abusing the power of his office

Could Berlusconi’s trials put the Italian government at risk? Not immediately, but…

The news didn’t exactly go unnoticed in the media across Europe, but just in case: Italy’s former Prime Minister Silvio Berlusconi has been sentenced to seven years in prison and a lifetime ban from holding public office in the well-known ‘Ruby trial’. The usual caveats apply:

The European Commission president has hit back against Arnaud Montebourg, the leftwing industry minister, who accused him of fueling rightwing populism

Bank bail-in plans: is France becoming nervous about being left alone with Germany? 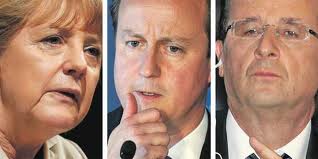 As we have pointed out repeatedly, those who think that the eurozone is one German election away from a full banking and fiscal union (which includes a surprising number of British eurosceptics) should have another look around Europe.

The Woolwich murder and its backlash has exposed what has been apparent for decades – Britain’s liberal democracy has failed to prevent the persecution and victimisation of its Muslims.

What have I got to fear, if you’ve got something to hide?

The recent surveillance leaks in Britain show a regime that is undemocratic, politically unethical, unconstitutional and probably illegal. What have they got to hide, and how can the public fight back?