Ecuador’s foreign ministry has confirmed that Edward Snowden has officially applied for asylum in Ecuador. He left Hong Kong this morning, landed in Moscow, and is said to be heading for Cuba next.

Edward Snowden, the whistleblower wanted by the US, has fled from Hong Kong to Moscow. From there he apparently plans to travel to Cuba and then on to Ecuador, where according to the authorities he has applied for asylum. Commentators say that by fleeing to countries with dubious democratic records Snowden is abusing international diplomacy and betraying the very ideals he is supposedly fighting for

New Web-based technology might make leaking data easier and more secure in the future. Researchers in Germany are developing a platform based on Internet ads to help whistleblowers like Edward Snowden leak top-secret information without their activities being caught out online.

Apparently the bastards are still at it. Today the Guardian broke new ground in the pervasive Internet and telecom surveillance story by reporting that the British intelligence agency GCHQ has been up to the same activities as the US?s National Security Agency.

Update: Matthew Keys says that the criminal complaint against Snowden was filed a week ago. We?ve embedded the complaint below.

In Depth Review: New NSA Documents Expose How Americans Can Be Spied on Without A Warrant

The Guardian published a new batch of secret leaked FISA court and NSA documents yesterday, which detail the particulars of how government has been accessing Americans? emails without a warrant, in violation of the Constitution. The documents lay bare fundamental problems with the ineffectual attempts to place meaningful limitations on the NSA?s massive surveillance program.

Yesterday, the Guardian released two previously-classified documents describing the internal “minimization” and “targeting” procedures used by the NSA to conduct surveillance under Section 702. These procedures are approved by the Foreign Intelligence Surveillance Court (FISC) on an annual basis and are supposed to serve as the bulwark between the NSA’s vast surveillance capabilities and the private communications of Americans. As we noted earlier today, the procedures, themselves, aren’t reassuring: far too much discretion is retained by NSA analysts, the procedures frequently resolve doubt in favor of collection, and information is obtained that could otherwise never be obtained without a warrant.

Lies, damned lies, and big data: the dictatorship of data

Kenneth Cukier and Viktor Mayer-Schönberger, co-authors of the excellent book Big Datawrite in the MIT Tech Review with a good, skeptical look at the risks of relying on data to the exclusion of other factors in decisionmaking. They use Robert McNamara, the hyper-rational architect of the Vietnam War, as their posterchild for data-blindness, and discuss how modern firms have repeated his mistakes in other domains: 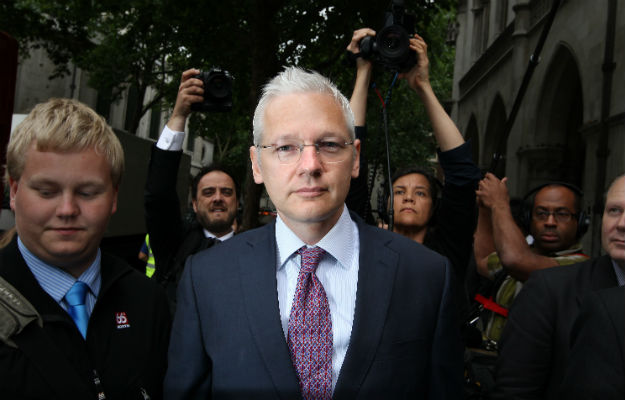 WikiLeaks is determined to make itself a part of the Edward Snowden affair. So much so that the businessman who handles donations to the site now claims he has a chartered plane ready to fly the NSA leaker to Iceland, where he has said he would like to seek asylum.

At the Netroots Nation conference this weekend, Representative Nancy Pelosi (D-CA) was questioned publicly about her stance on NSA spying. While she was quick to defend the program as markedly different from the warrantless wiretapping program established under President Bush, she also noted that more needed to be done to improve transparency around the program.

First Evidence Of Iranian Internet Throttling as a Form of Censorship