I am glad that most of Occupiers decided to go back home in order to prevent provocations with these appearing thugs….

These were men who skipped AKPs peaceful celebration of its power. They were running through Asmalimescit with clubs in hand, shouting ?God is Greatest?: 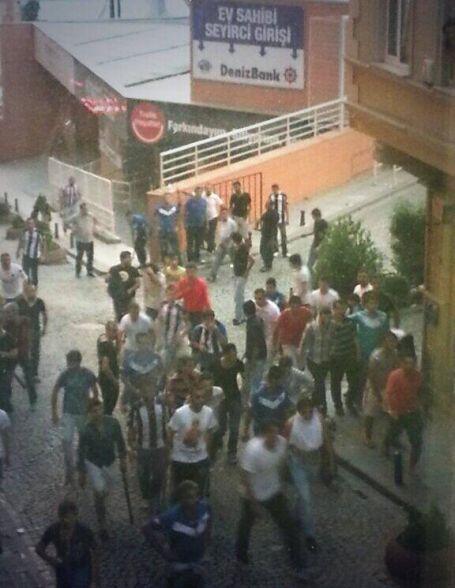 Here is another video: 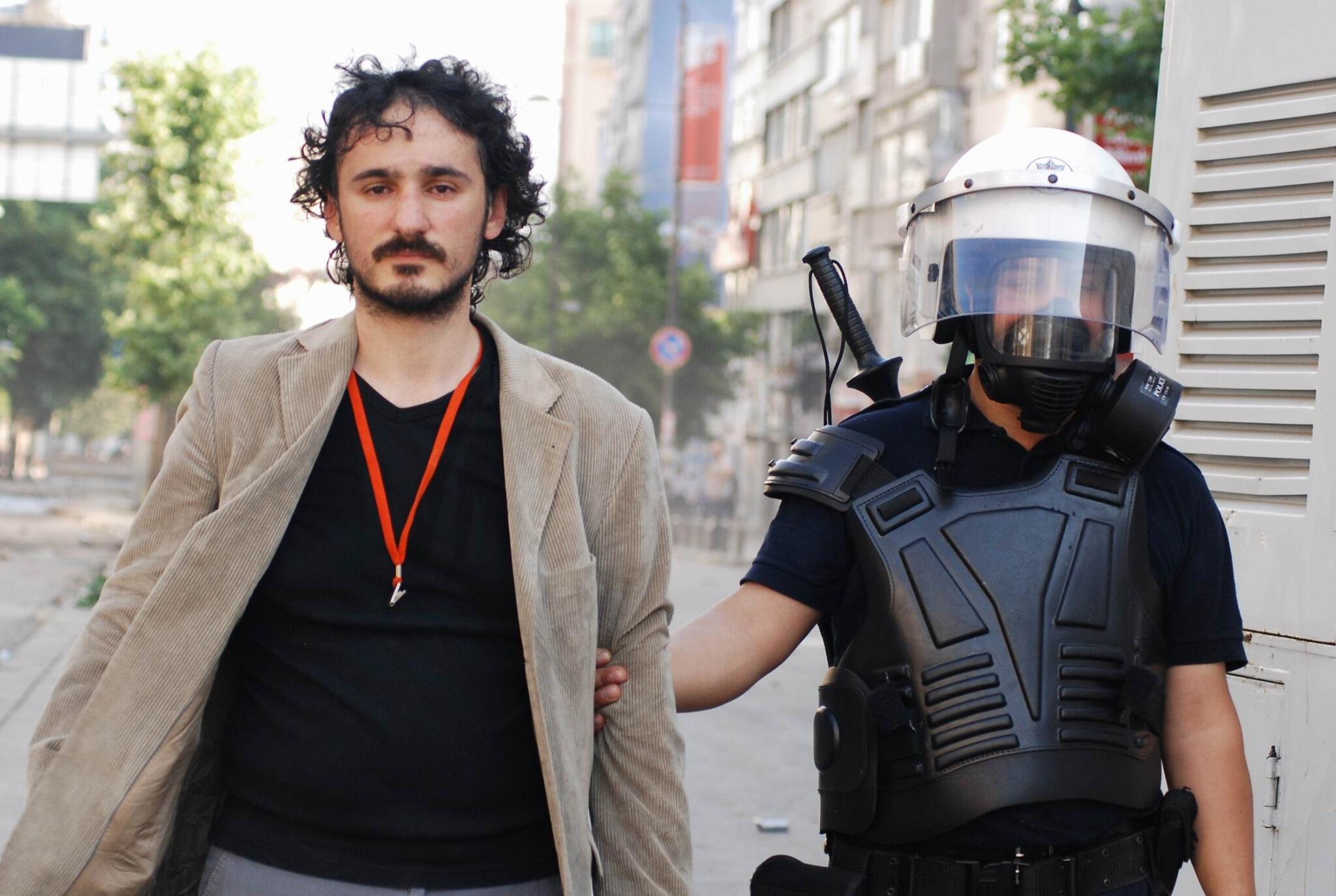 Journalist Gökhan Biçici detained today. Here is another view from the detention:

Turkish Prime Minister Recep Tayyip Erdogan on Sunday told a crowd of more than 100,000 supporters it was his “duty” to order a crackdown on an Istanbul protest park, as police and anti-government demonstrators faced off in fresh clashes.
Turkish Police Fights Protesters Without Mercy
Guardian Express
Moreover, Wikileaks reported, ?He´s a fundamentalists. He hates us religiously and his hatred is spreading?. On another hand, Erdogan has shown that he is serious against protesters and he will use his force to get his authority back in Turkey to any cost.

An Istanbul court ordered today the arrest of four people detained in the clashes between protesters and the police during the Gezi Park protests.

The Taksim Solidarity Platform that represents the Gezi Park protesters has said that hundreds of people were injured and many had been detained during the police crackdown.

Al Jazeera speaks with 10 Turks about their views on the recent unrest and Prime Minister Erdogan’s policies.

Barricades at Nisantasi, at 4:50AM Sunday

Poiu is in Turkey; he writes: ” Since yesterday evening, everything has worsened. Unfortunately it is not really covered by local media, the consequence of that being that it gets a lot less international attention than it should. People are gassed here non stop, in all central Istanbul areas. Tens of thousands of people are out in the streets. The only two channels who cover the street events are ULUSAL KANAL CANLI YAYINI and artı bir tv. You should check them out just to get an idea of the scale and the drama.”

Pots and pans: The sound of music

It appeared like the last resort. What can you do when you?re deprived of any form of.

Art and artists in resistance

The pictures and videos emerging from Gezi Park for the last 18 days are, among many other things.

Gezi generation made up of free souls, says activist

The new generation is made up of men and women who are not individualists who only care about their own interests.

Prime Minister Recep Tayyip Erdoğan could not take it when young people started a protest against the building..

Reporting from Taksim for a non-existent channel

Considering the dramatic events that have been taking place during the previous days, June 11 looked initially.

Just who are these #OccupyGezi protesters?

Finance Minister Mehmet Şimşek responded to a tweet of mine on June 15, where I was lamenting..

Two water cannon trucks belonging to the Gendarmerie Forces came in reinforcement to the police near the Taksim Square.

Claudia Roth, at Taksim during the raid, was significantly affected by police’s tear gas 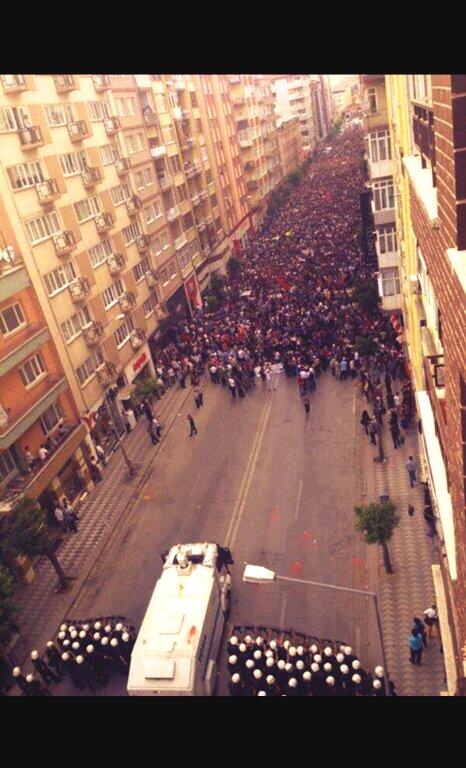 After days of hesitation and negotiation, the government has finally decided to evacuate the Taksim Commune, where thousands camped in Gezi Park and which tens of thousands visited every night. Police attacked Gezi Park yesterday evening (June 15) and after evacuating it using tear gas and, as a novelty, water cannon apparently supplemented with a special kind of chemical since it burnt the skin of everyone it touched, razed the tents, the infirmary, the kitchens and the library established there to the ground.

Gezi Park demonstrations became a milestone in politics. In Ankara politics, all the scenarios made for the 2014 process.

Police lock down Taksim, PM shows off in Istanbul

The ruling Justice and Development Party (AKP) leader addressed hundreds of thousands of people in..

The police intervened in the protests gathered on Tunalı Hilmi Avenue, Tunus Avenue and Kuğulu Park in Ankara..

The Turkish Bar Association?s administrative body has called on the Council of Europe head..

G20 surveillance: why was Turkey targeted?

Gordon Brown had hailed ‘strong and strengthening ties’ with the country, which was ? and is ? an ally

The 2009 surveillance of the new Turkish finance minister, Mehmet Simsek, and the possible targeting of up to 15 members of his delegation to London, laid out in a GCHQ document seen by the Guardian, is a startling illustration of how far the UK’s appetite for electronic eavesdropping has strayed beyond traditional cloak and dagger. 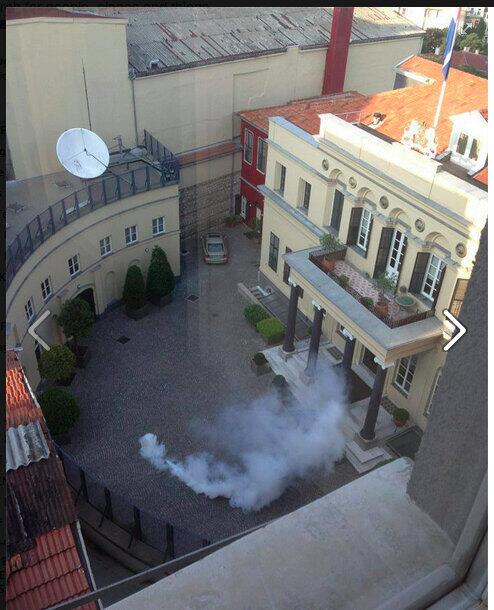 Leftists, nationalists, religious groups and bankers ? people who never would have previously passed the time of day ? are united in anger

There had never been anything particularly attractive about Gezi Park, off Istanbul’s central Taksim Square, until it forced its way on to the world’s TV screens and front pages a fortnight ago. Once a neglected and decrepit spot of greenery in a city centre starved of parks, it has suddenly been transformed into the most vibrant political theatre.

The police were said to have taken the piano and vehicle of Davide Martello, who had been playing on and off in Gezi Park, in Taksim Square.

In Turkey protests, splits in Erdogan?s base

One Islamist movement and many other supporters admire the man, question the methods.

1 thought on “An ominous day in #OccupyTurkey More than 400 arrests, Appearance of Thugs in Istanbul….”