The EU Commission wants to give six euro countries more time to reduce their debts, allowing them to introduce growth-stimulating reforms. The sanctions on excessively high budget deficits are to be suspended, Monetary Affairs Commissioner Olli Rehn announced on Wednesday. Some commentators welcome the recommendation as a move away from the senseless austerity dogma. Others criticise it as a slap in the face to the countries that have been diligently cutting costs.

Building on our blog from yesterday, Open Europe?s Raoul Ruparel has an article in City AM today discussing the Commission?s country specific recommendations. Raoul argues that, despite protestations to the contrary, this is far from a wholesale change in policy but only a small change in the pace of policy implementation. Raoul also brings in an earlier discussion from this blog regarding the nature of the austerity vs. growth debate in Europe ? fundamentally the real choice remains between creating a new eurozone architecture or breaking up.

Just in case you did not look for information about public access to EU documents in the provisional conclusions of the first day of the Competitiveness Council 29 May 2013, here is the official account of the adoption (10142/13). Read EU Council adopted annual report on public access to documents.

You don’t have to dictate”: Hollande doesn’t like to be bossed around by Europe

Well, we know that French economic and budgetary souveraineté runs incredibly deep. So that French President François Hollande didn’t react with enthusiam to the European Commission’s new economic policy recommendations to France shouldn’t come as a surprise. This is what Hollande had to say (courtesy of AFP),

Are we really witnessing the end of austerity in Europe? 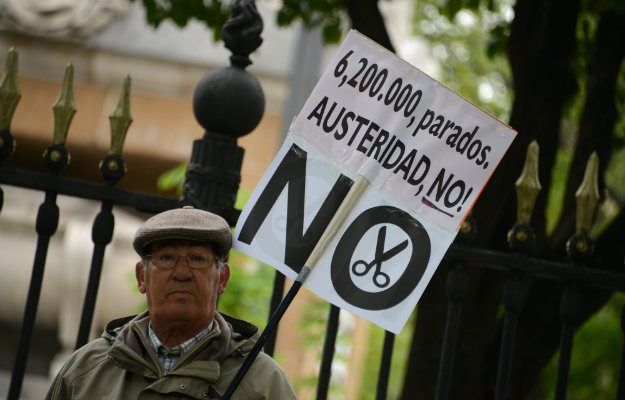 On Wednesday, the European Commission (EC) published its country-specific

The level of private bank deposits? in the eurozone decreased last month as bank lending to the private sector continued to drop, the ECB data

To mend IOR?s reputation as a haven for organised crime and corrupt Italian officials, Ernst von Freyberg has started checking every account, one by one