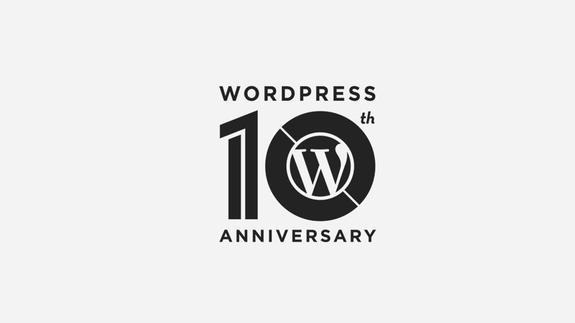 Ten years ago today, the first public release of WordPress became available. Initially started as a fork of the little-known blogging platform b2/Cafelog, WordPress has grown to be the largest CMS in the world, powering an astounding 18% of the web

WordPress, the blogging and content management system, is 10-years old today. The platform has evolved in the past decade from being a basic blogging service to something that has helped people and brands become more social and changed how we communicate on the Web.

Hopefully you’ve got the day off today and have started wrapping up yesterday’s party.(We?re still scrubbing the blue paint off of our walls.) But before you slap those burgers on the grill for part two of your long weekend, we thought it?d be cool to offer a glimpse into the San Francisco reddit office. You know, so you can see where the magic happens. Anyone who?s been on reddit for more than three minutes can guess how we start our morning:

The Only Thing Amazon Has to Fear Is Amazon Itself

Amazon has reached a point in its evolution where the company is now surfing a feedback loop of dominance.

Marissa Mayer Is Bringing Back the Internet Portal. Here’s Why

Instead of refocusing Yahoo, Marissa Mayer is broadening the company. That’s odd, given that Yahoo was once considered a bloated, obsolete leviathan. But it turns out giant internet conglomerates still have some big advantages.

Unfortunately not all of these requests are correct. Because of the high number of often automated notices and the fact that copyright holders don?t check the validity of all requests, this results in questionable takedowns.

Regulators for the European Union hinted today that Google?s current proposals to fix ongoing anti-competitive behavior will need a radical overhaul before existing complaints are alleviated.