The European Union agreed Monday to lift its embargo against arming Syrian rebels.

Britain and France are free to supply weapons to Syrian rebels fighting President Bashar al-Assad starting in August, after attempts to renew an EU arms embargo on Syria failed yesterday (27 May)

Brussels: EU countries should shift from austerity to reform (News)

The European Commission will further shift the EU’s policy focus from austerity to structural reforms to revive growth when it presents economic recommendations for each member state tomorrow (29 May), officials said.

Germany Switching from Austerity to Stimulus in Europe: Why the Germans Dominate Among European Economies

Cowboys on the Rhine?

I am not German, so I feel free to write this as my honest opinion.

Paul Krugman, who has been the loudest and most consistent economic voice of rank against German austerity must be dancing in the street today in view of the report by Sven Böll and Christian Reiermann in today’s SPIEGEL ONLINE titled

In Brussels today the EU foreign ministers will discuss a possible relaxation of the arms embargo against Syria. While Damascus has signalised its willingness to take part in a peace conference, two missiles hit Beirut on Sunday. Commentators fear that the Syrian civil war could now spill over into Lebanon, and call for the conference to include negotiations with Assad’s regime.

What?s wrong with the French Parti Socialiste when it comes to fishing? 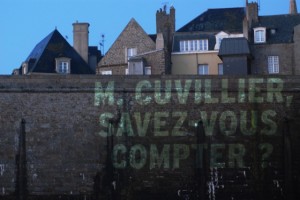 Spending time on Arctic Sunrise in Saint-Malo, you gain the impression very quickly than some powers in the town are not at all content that Greenpeace is here. But of course that is precisely the reason why Greenpeace came here in the first place.