Turkey, US agree ?al-Assad should go for a free Syria?

Turkish Prime Minister Erdoğan and US President Obama say the boths sides have agreed Bashar al-Assad should leave his post for a transition in Syria. 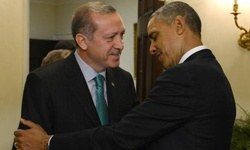 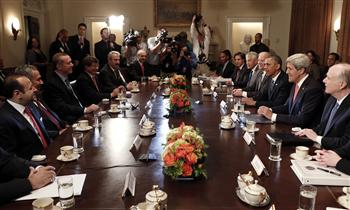 The key meeting between Turkish Prime Minister Recep Tayyip Erdoğan and U.S. President Barack Obama at the White House in Washington has started.

ERBIL, Iraq, May 16 (UPI) — Prime Minister Nouri al-Maliki’s government is threatening to sabotage a peace process between Turkey and its Kurdish separatist rebels. 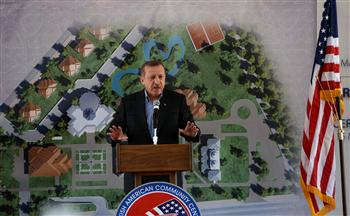 The EU?s economic affairs commissioner Olli Rehn is calling for the reunification of Cyprus as a way.

The Republican People?s Party must adopt a modern and progressive line to adapt to new realities, according to the head of the of Social Democrat group in the European

A meeting between EU Socialist group head Swoboda and CHP leader Kılıçdaroğlu was canceled after the latter compared Turkish PM with the Syrian President.